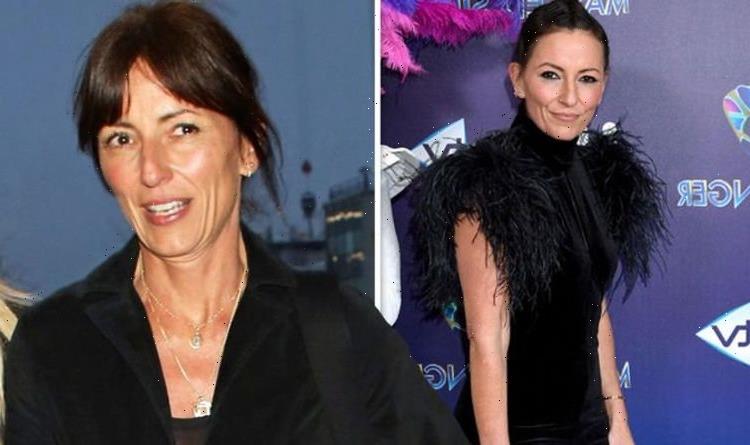 Davina McCall opened up about her childhood and the impact of her parent’s divorce. The presenter, who has returned for the third series of The Masked Singer 2022, revealed her struggles growing up without her mum in the UK.

The 54-year-old explained that she was made to live with her paternal grandparents after her parents split.

The ITV favourite said that she believed her fears started during her younger years and led to her previous issues with addiction.

Speaking out on the Annie Mac podcast Changes last month, Davina admitted her start in life would have been “chaotic” if she grew up in Paris with her mum.

But added that she is not a “victim” of her family circumstances.

“I think the biggest change for me was when my parents divorced – I was four-years-old,” she began.

“I’m not a victim, I don’t see myself as a victim. This change was good and it made me who I am today.

“But there was a chain of events which had set up a fear of abandonment. Not from my dad but from my mum.”

Davina explained that her French-born mother had moved back to Paris following her parents’ separation.

The family had previously resided in Putney, but after the couple’s split, the presenter said the court system had decided to grant custody to her dad and her paternal grandparents because she had so far grown up in the UK.

“My mum was trying to get custody in Paris and that was a sliding doors moment for me,” Davina commented.

“If I had grown up in Paris, my life would have been chaotic and out of control.”

The Masked Singer judge shared that her half-sister was “very damaged from her life in Paris”.

Davina explained that she lived with her grandmother in a “safe environment” and her dad would visit her every weekend.

The on-screen star went on to explain that she grew up in an era where children were not told the “truth”.

“My mum said that she was going on a two week holiday and that she would come and pick me up when she got back,” Davina recalled.

“I’m not sure she knew how to tell me that she wasn’t coming back. It would have been painful and difficult and I probably would have cried a lot.”

She went on: “[My mum] never came back and I ended up feeling like a visitor at my granny’s even though it had all been organised.

“I felt like I had been overstaying my welcome.”

The presenter added that things worked out well for the family and she would often visit her mum in Paris.

But confessed that it did set her up with a “fear of abandonment” where she admittedly made a number of “bad decisions” in her life including turning to drugs in her youth.

The broadcaster had sought help for her addiction over 20 years ago and has been clean ever since.

The Masked Singer airs tonight on ITV at 7pm.