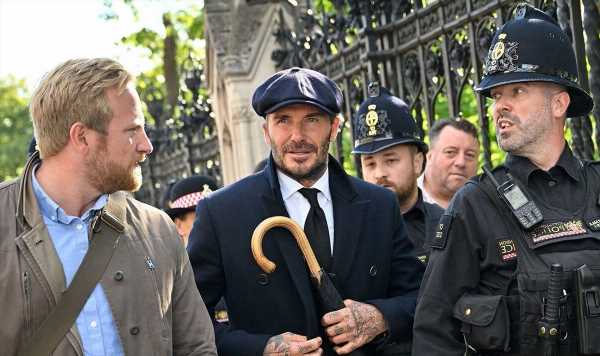 Former England footballer David Beckham, 47, came to mourn the late Queen Elizabeth II with his fellow Brits in Westminster yesterday. It has since been revealed that the star patiently queued for more than 13 hours despite a politician giving him the offer to skip the long line.

According to reports, David joined the queue at 2am yesterday and stopped to take pictures with fans once his cover was blown.

Once the star finally reached the front of the line, he could be seen shedding a tear as he viewed the Queen’s coffin and paid his respects.

David had actually been invited to view the coffin by an MP, who was allowed to take up to four guests to jump the queue, according to reports.

However, the legendary footballer instead declined the offer in the name of his grandfather Joseph West. 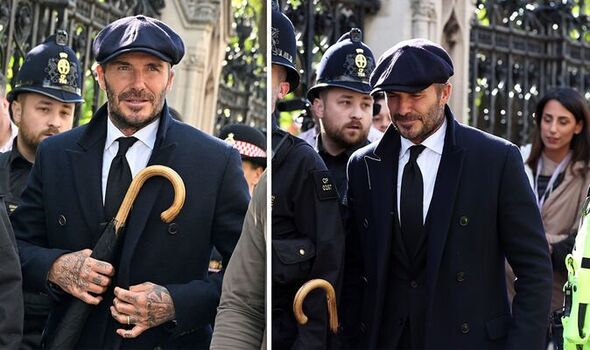 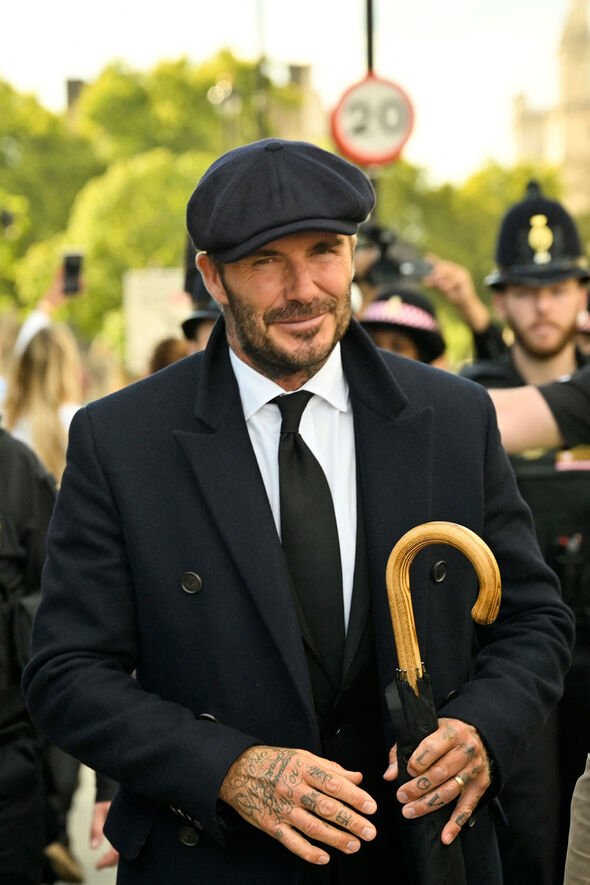 David explained that Joseph had been a staunch royalist and his “real-life hero”, and so he couldn’t bear the idea of disappointing him by not queueing up properly with everyone else.

According to the Daily Mail, a source said: “David could have avoided all of the queuing but he wanted to be like everyone else.

“He said his grandad wouldn’t have [jumped the queue] so neither would he. He had been wondering all week when the best time was to go and finally he went for this morning.

“David was brought up in an East End family who were real royalists – the kind who would stand to attention when the national anthem came on. 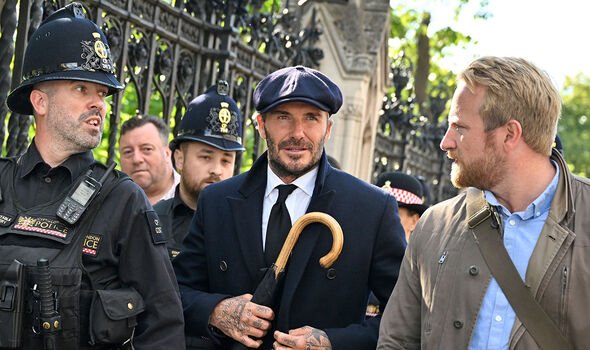 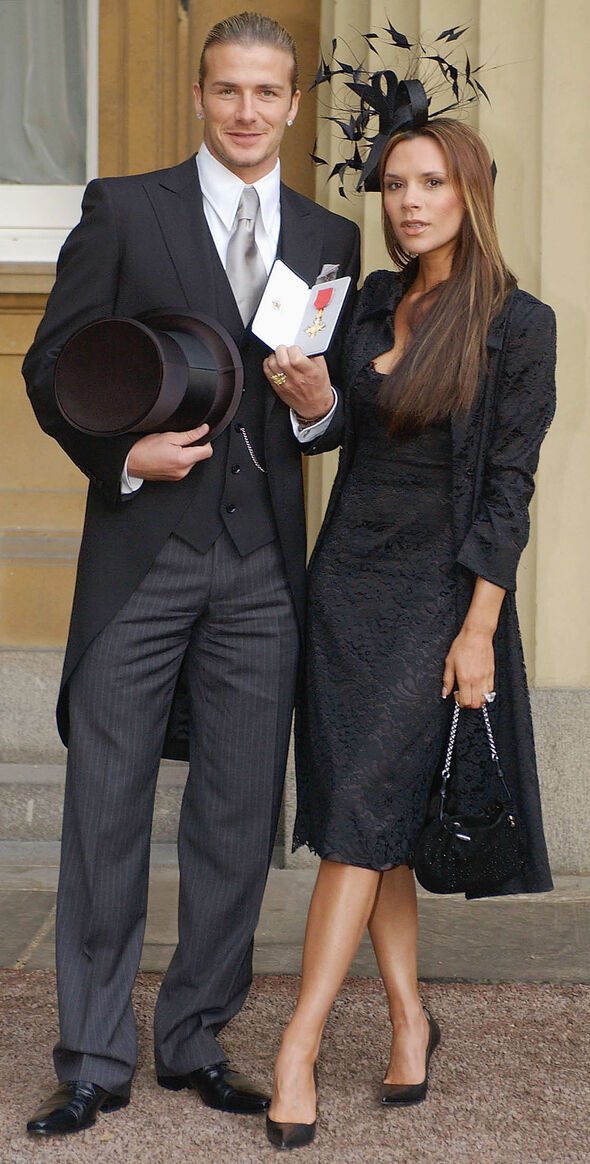 “He wanted to go to see the Queen like any other member of the public.”

Speaking to BBC News about his reasons for joining the queue, David said: “We all want to be here together.

“We all want to experience something where we celebrate the amazing life of our Queen and I think something like this today is meant to be shared together.”

The former England captain also later reflected on his history with the Royal Family in an interview with ITV News.

He commented: “I was very lucky. The most special moment for me was when I received my OBE. I took my grandparents with me who brought me up to be a huge royalist and of the royal family.

“To have them there and then I step up to get my honour and to talk to Her Majesty. I was lucky to have a few moments with her.”

Several people took to social media to share their excitement at seeing the high-profile celeb lining up alongside them yesterday.

Jules Birkby, who had been tweeting her queuing experience, shared: “Oooh and DAVID BECKHAM is just a few lines behind us in the snake. It’s causing quite the stir!”

“The Queue is now full of people trying to photograph David Beckham and forgetting to actually move onwards. It’s madness!” she wrote.

She then attached a picture of the star, who could be seen smiling as he stood in line.

“I feel a bit sorry for him, but he’s taking it very well,” Jules added.

The government stated that the queue to see the Queen lying-in-state had reached capacity yesterday, pausing entry to Westminster Hall for six hours after a line that was five-miles-long had formed.