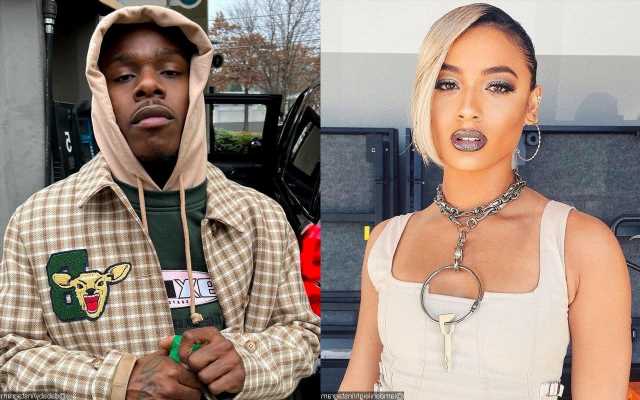 Some people assume that the ‘Yellow Bone’ songstress is throwing shade at her baby daddy after she shares pictures of her with their daughter on Instagram.

AceShowbiz -Did DaniLeigh throw shade at DaBaby? Around one month after having an altercation with the “Suge” rapper, the “Yellow Bone” singer took to social media to seemingly throw a low-key dig at her baby daddy.

The 26-year-old musician recently made use of Instagram to share some pictures of her with her daughter. Some of the snaps saw her bathing the baby girl and one image displayed the two at a doctor’s appointment.

In some other images, meanwhile, Dani and her infant were seen spending time at a studio. In the caption, the first-time mom wrote, “Today [white heart emoji] doing it all alone but it’s all good cause I love your love baby girl.”

The post has since been flooded with supportive comments from many. One fan in particular wrote, “Doing it alone is the best decision you’ve ever made KEEP GOING.” Another added, “You better off alone that with bad company.” A third added, “You got this !!!! you’re not alone baby girls , GOD IS WATCHING YOUR EVERY MOVE.”

However, some others assumed that Dani was throwing shade at DaBaby with the caption, with one accusing her of “looking for attention.” Having noticed the criticism, she changed her caption into, “Today [white heart emoji] I love your love baby girl.”

This arrived after Dani and DaBaby were caught in an altercation while she’s feeding their daughter on November 15. Dani later claimed that the Grammy Award-winning rapper kicked her and their child out of the house so that he could hook up with other women.

The “ROCKSTAR” hitmaker then called cops on the songstress that night, claiming that his baby mama struck him. While she’s not arrested on Sunday, police were called again to the emcee’s house in response to a report of a disturbance on the next day. She was charged with two counts of simple assault.