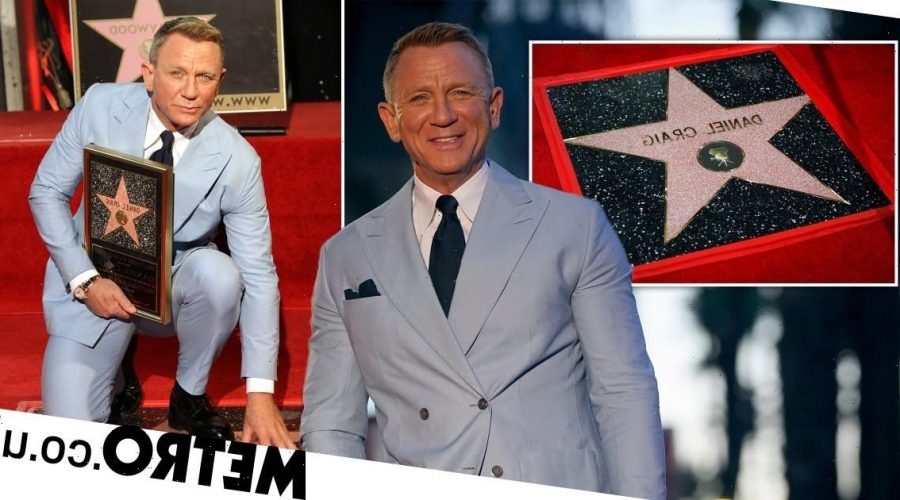 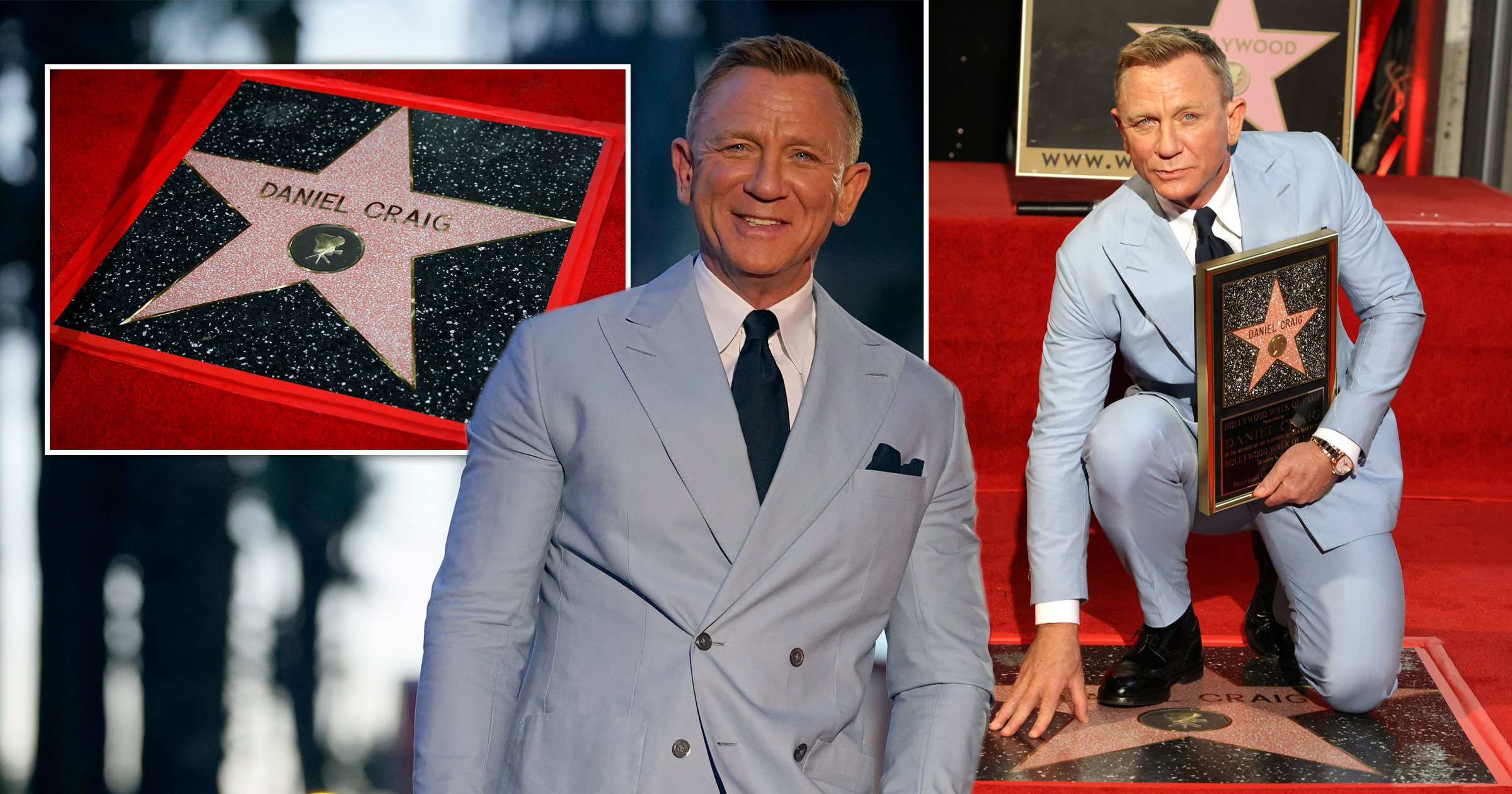 Daniel Craig has been honoured with a star on the Hollywood Walk of Fame following the release of his final James Bond film, No Time To Die.

The actor, 53, was seen posing by the plaque, which is situated outside 7007 Hollywood Boulevard to pay tribute to the superspy’s alias of 007, alongside franchise producers Michael G Wilson and Barbara Broccoli, as well as co-star Rami Malek.

Before removing the cover from his star and revealing it to the world, Daniel told the crowds that he would keep his speech ‘short and sweet’, saying: ‘To Michael Wilson and Barbara Broccoli, I thank you from the depth of my heart, without you I would not be here today, thank you for those lovely words. Thank you to Rami for those beautiful, beautiful words.’

Daniel continued: ‘I never thought I would hear myself say this, but it’s an absolute honour to be walked all over in Hollywood.’

Rami said of the star: ‘We all know he’s a superb actor, he’s dedicated, he can handle all his own stunts with one hand tied behind his back and the other holding a Negroni.

‘But he’s as fastidious about his craft as he is about his empathy for everyone around him. He has this ability to hold these two potentially opposing things at the same time – an incredible amount of talent and responsibility and an incredible warmth and acute awareness of what those around him need.’

Getting a star on the Hollywood Walk of Fame is a high honour, one which Daniel appreciated the gravitas of.

He told spectators: ‘If happiness was measured by the company we keep then me being on this pavement surrounded by all of these legends makes me a very, very, very happy man. So thank you very much.’

Daniel has the 2,704th star to be unveiled on the Hollywood Walk of Fame, with honourees having to pay $50,000 (£37,000) after being selected, with the money going towards the creation and installation of the star, as well as maintenance of the Walk of Fame.

Daniel’s last outing as James Bond in No Time To Die has been smashing UK box office records, grossing more on its opening weekend than any other film in the history of the James Bond franchise.

The film also became the biggest movie of the year after only four days in cinemas, making $119million (£88million) in the 54 markets where it has so far been released, as reported by Variety.