The star was nervous about going public, but Scott said afterwards “there was such an incredible reaction of love and support”. Speaking in a video filmed at her home in 2018, Dame Barbara called on Britons to “make a stand against dementia”. She and Scott became the faces of Dementia Revolution – a joint campaign between Alzheimer’s Research UK and Alzheimer’s Society – as Charity of the Year for the 2019 London Marathon.

It raised a record-breaking £4million for the Dementia Research Institute.

Kate Lee, chief executive of Alzheimer’s Society, said that Dame Barbara “shone like a beacon for others affected by dementia”.

She said what the couple achieved for the cause “has been truly awe-inspiring”. 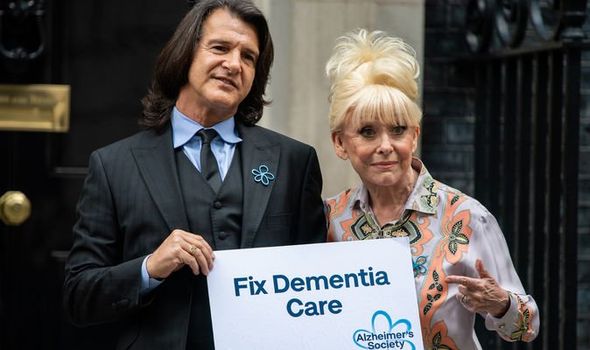 Last year they delivered a letter to Boris Johnson signed by 100,000 people, asking for better provision for dementia.

At the end of their chat, Dame Barbara said to the PM: “Can I have a kiss?”