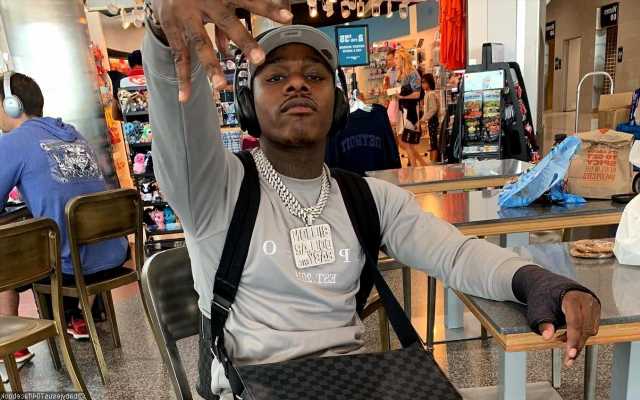 The said baby mama announces her pregnancy on her Instagram account less than two weeks after the North Carolina rapper celebrated his daughter Velour’s 1st birthday with DaniLeigh.

AceShowbiz -It looks like DaBaby is going to welcome a new addition to his family. Many social media users assumed that the “ROCKSTAR” hitmaker is currently expecting another child with his second baby mama after she debuted her baby bump.

The said baby mama announced her pregnancy on her Instagram account. She shared some photos of her showing off her growing belly in a mini yellow dress. “Creation grows for God to be revealed,” she captioned the post.

After she shared the exciting news, some of her followers brought up DaBaby’s name as one asked whether her unborn child is his. Another individual, in the meantime, commented, “She finna have his first son.” A third then chimed in, “Da baby boy [heart emoji].”

Just less than two weeks prior, DaBaby celebrated his daughter Velour’s 1st birthday with DaniLeigh. On Sunday, August 14, Dani shared on Instagram some pictures of her and her baby girl at the birthday bash. In one of the photos, the mom of one could be seen holding her daughter’s hand in an inflatable playground.

Baby Velour was smiling ear-to-ear in the snap as she looked at her father, who was waiting from the outside. In the caption, Dani gushed, “Baby V the world is yours girl [heart-eyed emojis] perfect day for a perfect girl.”

DaBaby himself also let out some pictures from the party. In the last snap, the North Carolina emcee could be seen cradling his baby girl, who sported a colorful outfit. “Phat mami did it big yesterday,” the emcee penned in the accompanying message.

DaBaby and Dani seemingly have maintained an amicable relationship following their infamous 2021 Instagram Live fight. Earlier this month, the 27-year-old beauty divulged in a new interview that she sent her ex songs from her latest album “My Side” ahead of its release.