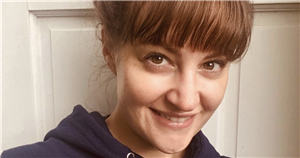 Former Coronation Street star Paula Lane has urged parents to teach their children kindness after another child told her daughter she was "too fat" to play with them.

Speaking out to mark Mental Health Awareness Week, the 35-year-old admitted that the vile words directed at her four-year-old daughter Penny "made her head spin".

The actress, who played Kylie Platt on Corrie, tweeted on Tuesday: "#MentalHealthAwarenessWeek. My 4 year old daughter came home last night and said that a child not much older had said she was too fat to play their game. "Made my head spin. Let's teach our children to be kind.

Paula, 35, was met with a wave of supportive comments, with one person responding: "Oh my gosh that's dreadful. I'm so sorry to hear this Sparkling hearthope your daughter is ok. Sending hugs." A third added: "This is so sad. Surely the teachers are those in charge of the nursery should be teaching children to be nice to each other. What they learn in an early life should shape them up for their future. I hope your daughter is okay."

As well as little Penny, the talented soap star also shares six-year-old son Arthur with her husband Tom Shaw, who is also an actor.

Paula quickly became a fan favourite with soap lovers after her character Kylie became a central role in Coronation Street after joining in 2010. However, the bubbly and troubled Kylie met a sad end and died in her husband David Platt's arms in 2016, after being stabbed by Clayton.

At the time of her departure, the actress told OK! she wanted to take a break from acting in a bid to focus on her family.

She said: "I think it's got to be a clean break, I don't think I'm going to take anything. I have to put Kylie in a box, literally. I think that's the healthiest option."