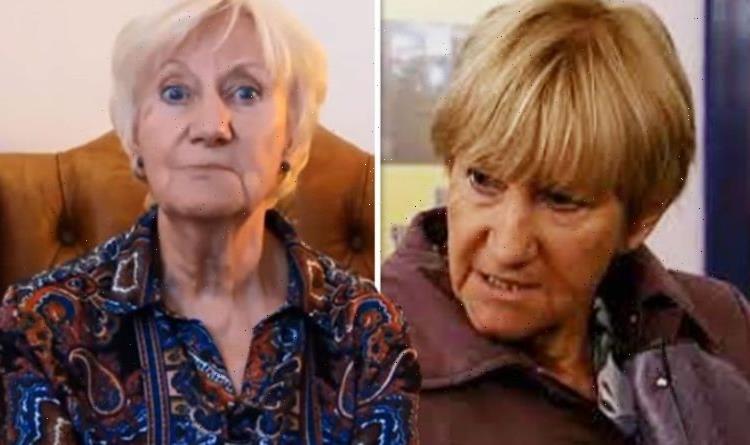 Coronation Street star Enid Dunn was left shaken after she discovered she had lost her purse while shopping at Aldi. The small-screen star was brought to tears at the supermarket after a heartwarming gesture by a stranger.

The 77-year-old was admittedly left in a “panic” after realising she had misplaced her belongings, which contained a very personal keepsake from her mother.

She didn’t realise she’d lost her purse until she called a local garden centre.

Enid explained how she began to cry when she returned to the supermarket and discovered a good samaritan had returned her purse to staff.

Taking to Facebook, she penned: “A big thank you to the person who handed in my purse at Aldi in Rawtenstall this afternoon. I had foolishly left it on the packing station.”

“Of course I was in such a panic,” she explained. “The girl behind the counter at the garden centre was called Mandy, she even rang the shops where I thought it could be.

In an interview with Manchester Evening News, Enid – whose son is Antony Cotton and plays Sean Tully in the ITV soap – revealed she “began to cry”.

She explained she keeps very important items in her purse that can’t be replaced.

Enid said: “I started to cry when they handed me my purse. Glad I wore my mask as I must have looked a sight.

“It’s not about the money but my whole life is in it – bus pass driving licence, bank cards.

“I even had a note from my mum which is a keepsake that I’ve had for 45 years.”

Enid has made brief appearances in Coronation Street over the years.

She appeared as Joan Lawson, the aunt of the deceased Dennis Stringer, in the ITV soap back in 2002.

She also had several other small roles, including Maureen Rothwell in the ITV drama.

Enid is also known as Joyce in Peter Kay’s Phoenix Nights, which aired between 2001 and 2002.

The actress appeared in the second series of the show which ended almost two decades ago.

Enid played Betty Pargetter in Cutting It and also had roles in Casualty, Shameless and The Bay.

She currently volunteers for Bolton NHS Foundation and her son is also a regular fixture in Coronation Street.

Antony has been playing his Corrie character since 2003.

As well as this, he starred as Alexander Perry in the original Queer as Folk series.