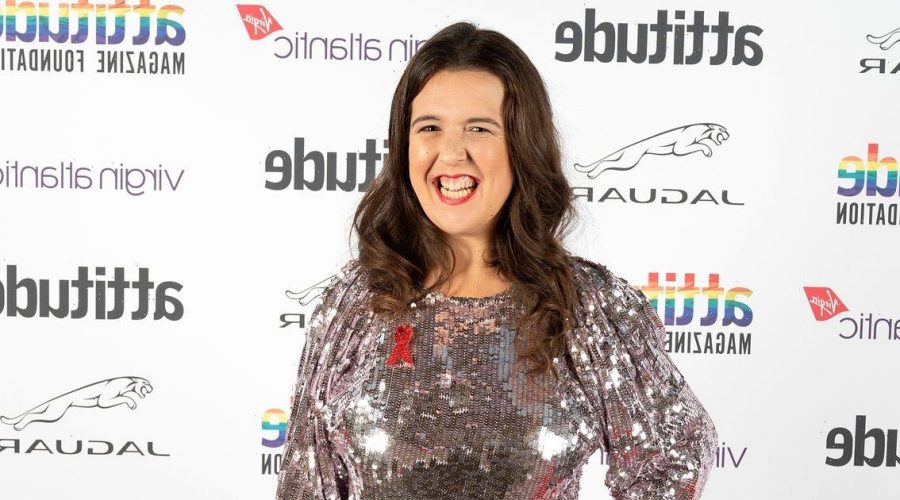 Rosie Jones has shared some of the abuse she received after posting a photo with a fake baby bump she’d been wearing for an acting role.

The comedian, 31, appeared on BBC’s Casualty last November, where she played a pregnant character.

Sharing a photo and message at the time, Rosie wrote: “Thank you so much for all the lovely messages about my appearance on Casualty last night.

“Here’s some hot backstage content of me with my bump! Unfortunately, the BBC canteen didn’t give me double dinner portions even though I insisted that I was eating for two.”

Rosie, who has cerebral palsy, received an outpouring of compliments for the role from fans.

However, the comedian later shared some of the shocking messages she’d been receiving in response to the photo.

Taking to Twitter, Rosie shared one vile message from a troll which read: “Oh god that baby is going to come out r******d just like its mom good lord who would s***w you.”

Rosie told her followers: “Just received this Insta comment. Although messages like this are an unfortunately regular occurrence for me, I still don’t understand how people are so full of hate they think it’s ok to write this kind of abhorrent abuse.

“Stop ableist abuse. Stop hate online. Stop all of this.”

She added on Instagram: “Also I don’t think he’s aware that it’s a fake bump for an acting role. Bless him.”

Fans were quick to slam the troll and praise Rosie’s work as a comedian, writer and actor.

One wrote: “People who inflict pain on others are often experiencing pain themselves. No other explanation for it other than sad, desperately unhappy individuals. Feel sorry for them. Then move on. The work you’re doing for disability awareness is applaudable. Thank you”.

Another added: “It’s sad individuals who are so insecure in themselves that when they see anyone who society sees as different being happy, confident & thriving they just can’t understand it because they themselves are so miserable so they attack. It’s pathetic and you deserve better”.

As well as stand-up comedy, Rosie has had several acting roles including in Silent Witness and medical soap opera Doctors and has recently written a book.

Stay up to date with all the latest on your favourite stars by signing up to OK!'s daily celebrity newsletter .