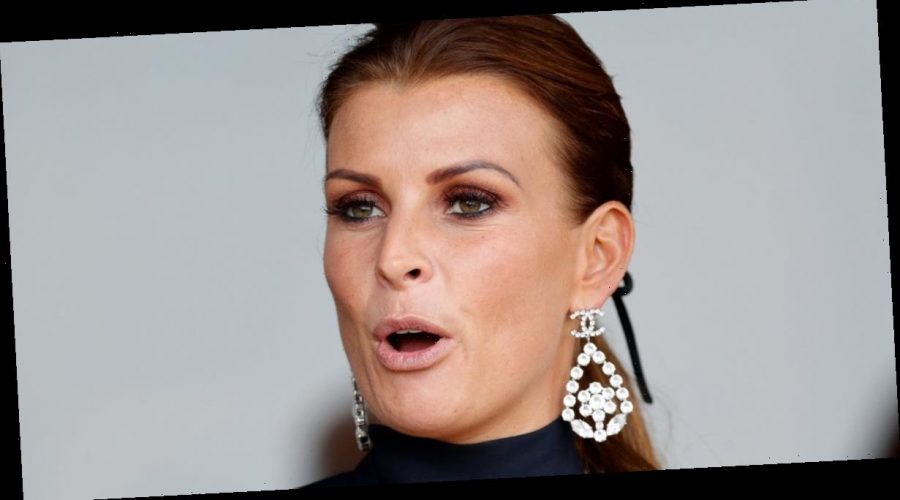 The WAG war between Coleen Rooney and Rebekah Vardy hasn’t shown signs of stopping since it began in October 2019. But last week it was revealed the pair are set to hold peace talks next month in a bid to avoid a bitter court battle.

That’s not to say we’re near the end of this bitter spat. A source has told new magazine that while neither of them wanted the case to get this far, Coleen thinks this could be their last attempt at coming to a settlement before going ahead with the case.

“Both Coleen and Rebekah want to mediate and get it sorted,” the source said.

“It’s been on both of their shoulders for so long and it’s a strain. It’s also had a knock-on effect with their families and it’s a dark cloud that’s lingering over them.

“But Coleen feels this could be the last chance to resolve things. If this mediation doesn’t work, it looks like the gloves are off.”

While Coleen, 34, appears to be ready for the fight, the source says there are fears Rebekah, 38, could come out victorious.

“Coleen feels like she’s the one who has been wronged, but there’s a worry she could lose the case because the judges have already ruled in Rebekah’s favour,” the source continued.

“Coleen is basically 1-0 down with the judge’s ruling on this, but she’s digging her heels in. There’s a fear neither of them will ever give in.”

In September, Rebekah said she was finding the court case “really tough”. She added of the previous attempt to resolve it privately, “We tried to sort things out amicably, it just didn’t work. I understand people think it’s ridiculous, but what was I meant to do? I need to clear my name.”

Rebekah, who is married to footballer Jamie Vardy, has been busy training for Dancing On Ice, while Coleen, who’s married to Derby County manager Wayne, 35, has kept a low profile.

But Coleen – mum to sons Kai, 11, Klay, seven, Kit, five, and Cass, two – hinted at her struggles last week when she tweeted that she feels “drained”.

Along with the stress of family life and lockdown, the source says the strain of the case has been taking its toll.

“Coleen’s been going through it. Never in a million years did she think it would go this far. She’s already got enough on,” said the source.

“She’s homeschooling the boys and she’s just had the anniversary of her sister who passed away. She doesn’t need this on top of everything. Although she’s very close to her family and Wayne is at home now, it’s extremely stressful for her.”

Meanwhile, a separate source has told new magazine that Coleen has reportedly contacted Meghan, Duchess of Sussex’s PR team, Sunshine Sachs, in an extra bid to help her come out on top.

“Coleen’s been fascinated by Meghan and how her publicity has been handled since stepping down as a senior royal,” the second source said.

“After doing some research and speaking to high-profile pals, she decided to reach out to see if they could help draw up an action plan.

“While she hasn’t pressed the green light on anything yet, she’s hoping they can help rebuild her career.”

Coleen and Rebekah’s row kicked off when Coleen famously turned detective to find out who was leaking stories to the press by blocking all accounts other than Rebekah’s from viewing her private Instagram Stories. She then announced to the world on social media, “It’s… Rebekah Vardy’s account.”

Rebekah denies being the leak and is seeking damages for libel as she claims her reputation was damaged by the allegation.

At the end of last year, Mr Justice Warby ruled Coleen’s post directly pointed the finger at mum-of-five Rebekah, and her lawyers would therefore have to prove that Rebekah was solely responsible for the stories.

Coleen was also ordered to pay Rebekah just under £23,000 in costs for the hearing.

Pick up a copy of new magazine – on sale now

01/26/2021 Celebrities Comments Off on Coleen Rooney warns Rebekah Vardy ahead of peace talks: ‘If this mediation doesn’t work, the gloves are off’
Recent Posts