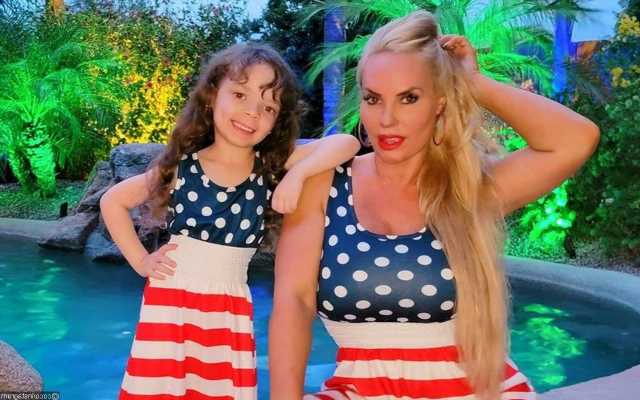 Likening her breast milk to ‘a little snack,’ the wife of Ice-T says she’s going to stop nursing her only child with the actor/rapper if ‘she doesn’t want it’ anymore.

AceShowbiz –Coco Austin takes an unorthodox approach to parenting and she is unashamed of it. The reality TV star is still breastfeeding her 5-year-old daughter despite the girl already eating “steak and hamburgers.”

Speaking to Us Weekly, the 42-year-old mother of one defended her decision to continue nursing her daughter. “Chanel still likes my boobs,” the model said while sharing her parenting dos and don’ts. “It’s a big bonding moment for a mother and your child.”

Noting that her little one does “eat steak and hamburgers,” the wife of rapper/actor Ice-T said that Chanel “likes a little snack every now and then.” She went on arguing, “Why take that away from her? … If she doesn’t want it, all right, that’s where you stop it. But I’m not just going to say no.”

Some people were left puzzled by Coco’s decision to breastfeed her little girl. Taking to the comment section of the latest post uploaded on the Instagram page dedicated to her daughter, one critic wrote, “And she is still breastfeeding her. That’s just weird at five years old. Come on. That’s a mom that can’t let the kid grow up. Let’s be real here. Autonomy is a very important part of growing up. Helicopter mom needs to take a breather. Ok I said it.”

Another weighed in on Coco’s breastfeeding decision and Channel sitting in a stroller during the family’s recent trip to Disneyland. “Breastfed at 5 and stroller yes Coco is tripping and has attachment issues let the child grow into a child who’s getting older,” the person said, “Wow now we see it’s all her mama bear. Ice T man step up. Say something.”

Coco seemingly remains unfazed by the criticism as she chose to focus on the positive responses. On Sunday, August 1, she reposted on her Story a message of encouragement from a follower that read, “Just read on @usmagazine7952 that @coco still breastfeeds her 5 year old and I’m like WAY IMPRESSED and YOU GO GIRL!” 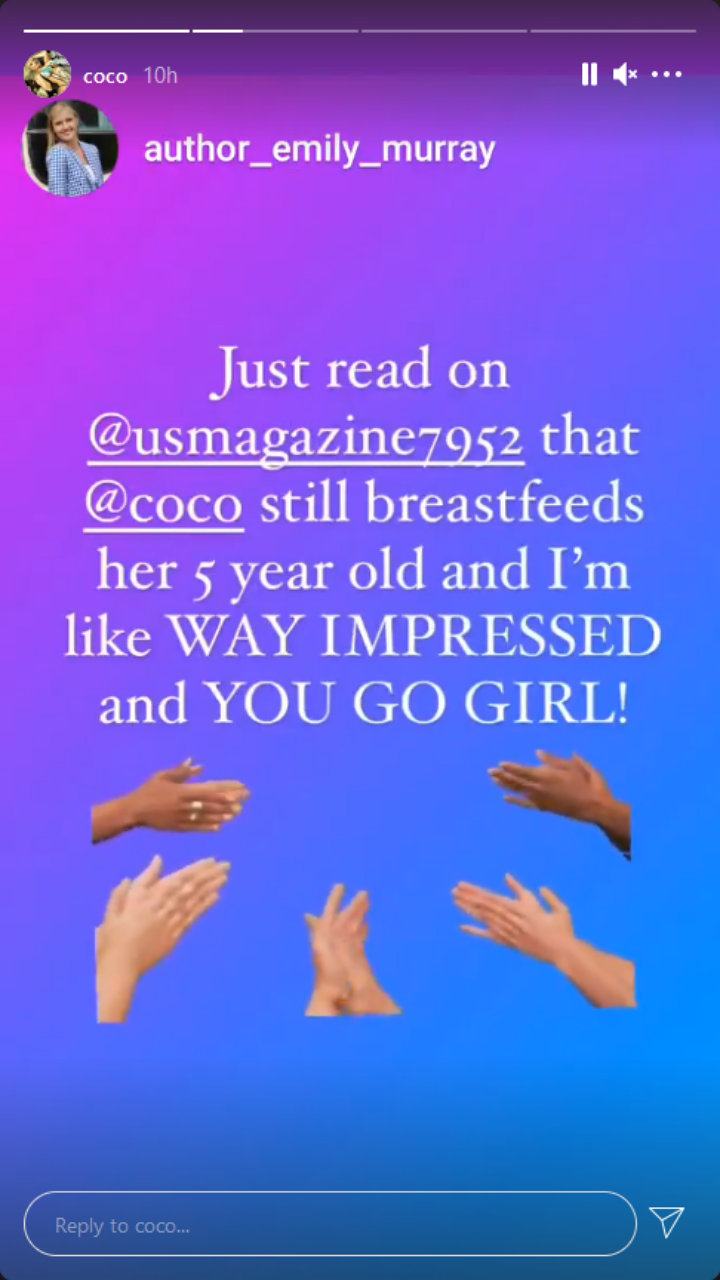 Coco Austin shared a message of encouragement for breastfeeding her 5-year-old daughter.

This isn’t the first time Coco justified breastfeeding her daughter. Back in 2020, the glamor model said that Chanel nursed “for comfort,” explaining, “Believe me, the girl loves meat so it’s not like she isn’t eating real food. Thank you to all that understand my view. I see most of you are so eager to side with me and I too root for you in your journey as well. Us moms are connected.”