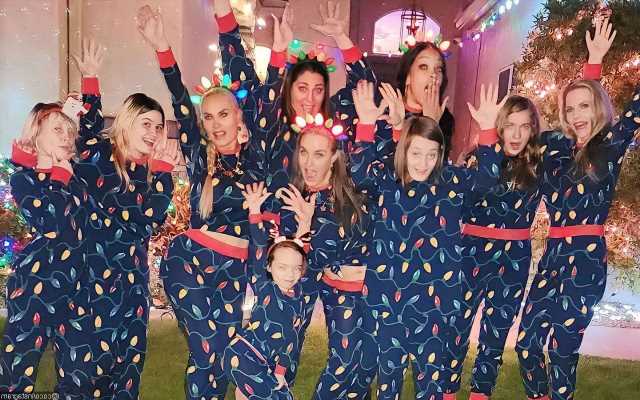 The ‘Ice Loves Coco’ alum claps back at Internet users after being slammed over a video of her 6-year-old daughter twerking while celebrating Christmas with family.

AceShowbiz –Coco Austin is speaking out. The actress hit back at Internet users after facing criticism for sharing a video of her and Ice-T‘s daughter Chanel twerking while celebrating Christmas with family on Monday, December 26.

Coco edited the caption of her Instagram post in order to give context to people. “She loves to joke,” the “Ice Loves Coco” alum explained the video in which the 6-year-old could be seen twerking to Young MC‘s “Bust a Move”.

In the initial caption, she shared to her followers that she and her family members were “in the middle of” filming a TikTok video in her front yard when the 7-year-old ran out “to bust a move and make [them] laugh.”

Upon watching the clip, fans had mixed responses to it. Taking issues with it, someone wrote in the comments section, “Not a good look at all.” Someone else commented, “SMH just whyyyy, this is not okay !”

“It’s like every time we think it couldn’t get worse coco takes it farther,” another naysayer commented. Meanwhile, another user wondered, “Ice T is okay with this?”

However, some others jumped to Coco’s defense. “You guys know Cocos a Free spirit and loves having Fun,” one fan wrote in the comments section. “She just having fun, yall took the time out yall day ta say ‘ this not ok ‘ , parent yall kids not other peoples they prolly twerking on tiktok behind yall back,” one other added.

Coco, meanwhile, is no stranger to getting parent-shamed. The star was previously dragged for bathing Chanel in a kitchen sink. Clapping back at the critics, she defended her decision in an interview as saying, “Everything I do, people have got to say something about it.” She continued, “But now it’s kinda weird to other people. Like, really? If you are a mom you have bathed your child in the sink.”

Coco also shared her frustration with how people decided to be fixated on that one part of the TikTok video, which also featured the mother-daughter duo getting ready for Chanel’s first fashion show. Coco ranted, “I was going to the fashion show, and they took that one second and made that one little thing bigger than anything else.”