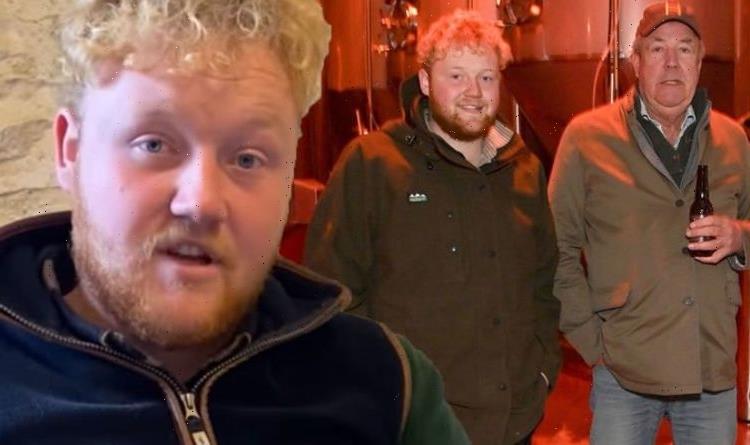 Kaleb Cooper shot to fame when Jeremy Clarkson’s Amazon Prime show Clarkson’s Farm aired earlier this year. And now the programme’s regular has opened up about his family life behind the scenes.

I had to step up and help with the bills

The 23-year-old claims he “grew up too quickly” due to “family stuff” that was going on when he was a teen.

The father-of-one has already been working on farms for a decade, despite his young age.

He says he sought employment to help his loved ones pay the bills, claiming he “had to step up”.

Kaleb said he used money made from selling eggs at weekends to cover the electric.

The small screen regular has trained his brother up also, saying he no longer needs to study farming at college.

Kaleb is now hoping to own his own farm in the not too distant future.

Addressing his early start into the world of agriculture, he commented: “I think I grew up too quickly because of family stuff that was going on.

“I had to step up and help with the bills.”

He continued: “I got my own chickens and sold eggs on Saturday mornings and that paid the electric.

“But I don’t regret anything I’ve done in terms of growing up.”

The star’s sibling Kieron, who is three years his junior, works alongside him.

“I taught him everything I know about farming so he hasn’t had to go to college.”

Kaleb went on to discuss his plans for the future during Jeremy’s piece for The Sunday Times.

He added: “Things are going well and I’d like eventually to have my own farm.

“Prices are going up round here because so many people want the lifestyle. But I’m going for it. I’m making plans and saving up.”

His comments come just days after his co-star and employer Jeremy sliced off “half” his thumb.

The 61-year-old and girlfriend Lisa Hogan had been practising making chilli-flavoured crisps to sell at Diddly Squat Farm at the time.

Jeremy’s horrendous mishap was all down to him using a mandolin to slice the potatoes, before slicing his hand open too.

He was hospitalised after a doctor warned he could lose the use of his thumb.