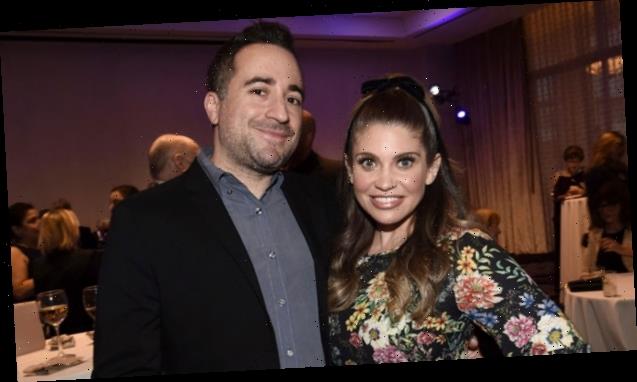 Jensen Karp, 41, whose name went viral after he revealed he found shrimp tails in his box of Cinnamon Toast Crunch cereal on Twitter, made headlines again when users realized he’s married to none other than Danielle Fishel aka Topanga from Boy Meets World! The lovebirds wed in 2018 and even share a one-year-old son, Adler, together but that wasn’t known by many at first. Once word got around that the popular 39-year-old actress was married to Jensen, who is a writer, comedian, and podcaster, hilarious responses started showing up in tweets.

One tweet pointed out Danielle’s last name and the irony that the word “fish” is in it. “Guys. I just learned that shrimp tail Cinnamon Toast Crunch guy Jensen KARP is married to Topanga from Boy Meets World whose maiden name is FISHEL,” it read.

Another user wrote about the newfound fame Jensen is now having. “Jensen Karp used to be known as Topanga’s husband, but now Danielle Fishel is known as Cinnamon Toast Shrimp’s wife,” the tweet read along with a GIF of a cartoon shrimp saying “HELLO!”

A third joked about Boy Meets World‘s Cory Matthews, the character, played by Ben Savage, 40, who was married to Topanga in the series. “The amount of twists & turns in the cinnamon toast shrimp saga is giving me life. He’s married to Topanga. WHAT. I had no idea Corey Matthews went by Jensen Karp now,” the tweet read.

Shortly after Jensen first got attention for tweeting a photo of the shrimp tails he allegedly found in the cereal box, he started sharing other funny posts related to the incident on social media. One included a photo of the cereal box with four sticky notes that read “DO NOT EAT” on it. “It’s been a weird 24 hours,” he captioned the photo and Danielle didn’t hesitate to respond. “HAZARDOUS MATERIAL,” she wrote, which can be seen below.

Both Jensen and Danielle have also been having fun with the comments about them and have even been responding and retweeting some. One showed a photo of an old lady walking with a walker as a younger woman was helping her. The words, “Topanga’s husband found shrimp in his cereal” was printed over the former while the words, “sure grandma let’s get you to bed” was over the latter.

“Needed this,” Jensen wrote in response to the meme and Danielle retweeted it. 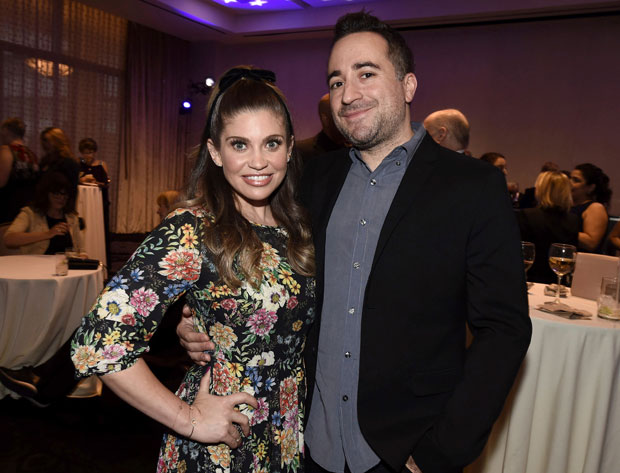 Since finding the alleged shrimp tails, Jensen has been tweeting General Mills, the maker of Cinnamon Toast Crunch cereal, and claims they are telling him he found “wads of sugar,” which he’s disputing.