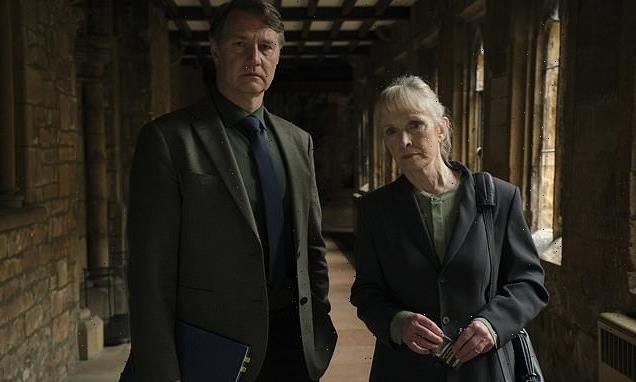 CHRISTOPHER STEVENS reviews last night’s TV: Sherwood’s as flat as the ale for sale in its working men’s club

A welter of anniversary documentaries and dramas depict those years as a nightmarish dystopia. Apparently, the era was all violence, racism, unemployment, sexual prejudice and leering. And that was just the sitcoms.

Every flashback reveals bad perms and worse decor. Whenever we see Margaret Thatcher, she is hectoring us from a podium, always framed at a sloping angle — the BBC’s none-too-subtle signal that the country’s first female PM must always be shown as unbalanced.

Surely, our national broadcaster can’t be biased against an entire decade, just because Labour was permanently out of power? 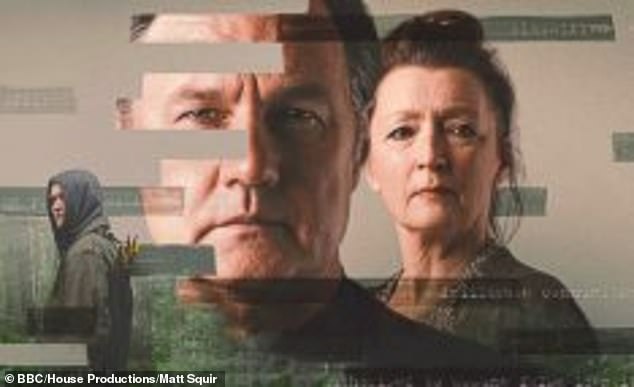 Scenes of a Nottinghamshire mining town during the strike of 1984, in Sherwood (BBC1), painted a picture of grotty discos and grim pubs 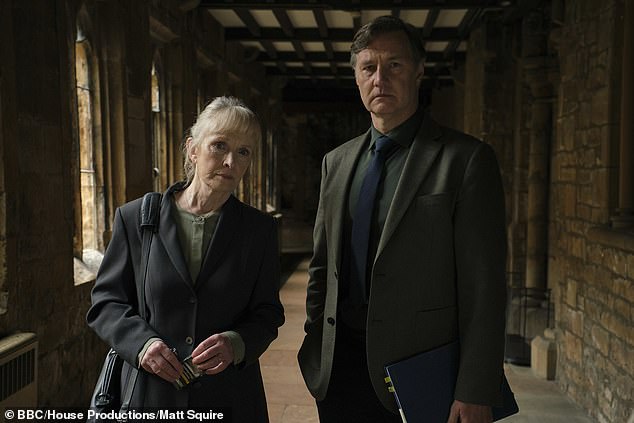 This dreary drama, based loosely on a real-life murder case, centres on dirty police tactics and brutality (Sherwood stock image)

Perhaps my memory is faulty, because I remember lots to love about the 1980s. The post arrived before breakfast, along with the milk and the Daily Mail. Boys on bikes were going to school, not selling drugs. Without mobile phones, we had a bit of privacy and freedom. Most important of all, chocolate bars were bigger. I miss the old Mars.

Scenes of a Nottinghamshire mining town during the strike of 1984, in Sherwood (BBC1), painted a picture of grotty discos and grim pubs. This dreary drama, based loosely on a real-life murder case, centres on dirty police tactics and brutality. Mind you, by the look of that sticky ale in the working men’s club, there wouldn’t be much difference between a pint of that and a smack with a truncheon.

Sherwood has been a disappointment, with storylines as flat as the beer. The cast is outstanding, crammed with more top actors than a Harry Potter movie. But even the talents of Lorraine Ashbourne, Mark Addy, Pip Torrens, Adeel Akhtar, David Morrissey and Robert Glenister can’t cover up the yawning illogicalities in the plot.

Who could believe that an undercover cop, welcomed by the community that she’d been sent to infiltrate, would suddenly realise that her true vocation was as a petty criminal?

And has anyone ever been shot through the chest by a police semi-automatic rifle and stopped to remove his spectacles, before gurgling and dying on his knees?

Meanwhile, a killer in a hoodie is roaming Sherwood Forest, taunting his pursuers with notes pinned by arrows to oak trees.

If you’re old enough to remember Michael Praed in Robin Of Sherwood, there’s something else that was better about the 1980s.

The music was not, though, if you judge by the jaded soundtrack of hackneyed electropop that accompanied Aids: The Unheard Tapes (BBC2). If I never hear Bronski Beat’s Smalltown Boy again, on any documentary about the 1980s, it’ll still be a week too soon. This three-part history of a pandemic is told largely through the voices of gay men interviewed at the time.

Actors in 1980s fashions lip-synched to the audio, an innovative technique that, despite being impeccably executed, didn’t quite work. The performers spoke their lines with split-second precision, yet the effect was like watching those Plasticine animations of talking animals on Heat Electric adverts (if you remember Robin Of Sherwood, you remember those ads too: ‘They’ve got to be easily turn-off-and-onable’).

Clips from news reports reminded us how difficult it was to discuss sexually transmitted disease back then. Jeremy Paxman said the word ‘condoms’ with real distaste, as if he were picking up the word between the tips of two fingers.

One man with Aids described how a nurse donned a mask and rubber gloves to give him a glass of water. Even after 40 years, the coldness of the prejudice that reveals is enough to make the flesh crawl.