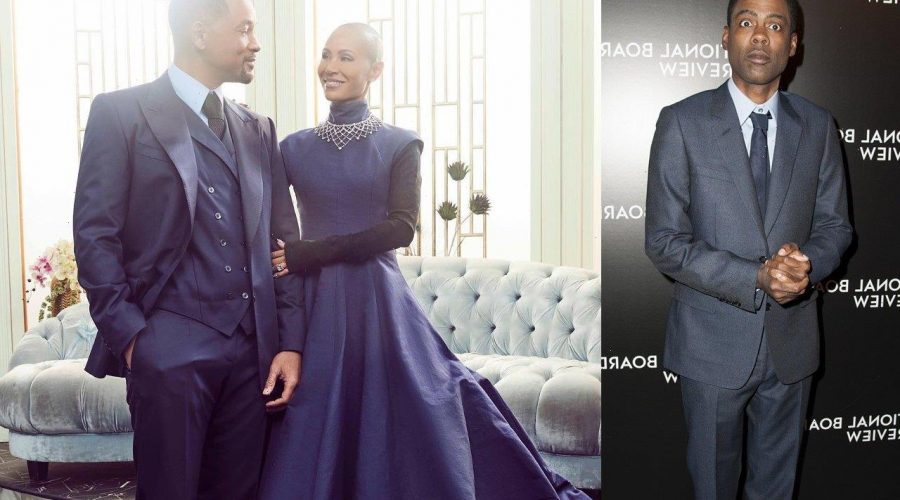 The ‘Grown Ups’ star’s team denies that the comedian has issued a statement regarding the Oscars incident, during which Will Smith smacked him across the face.

AceShowbiz –Chris Rock remains silent following the slap from Will Smith at the 2022 Oscars and any reports stating otherwise are false. Following the incident, a statement purporting from the comedian has circulated online, but it’s apparently fake.

According to The Hollywood Reporter’s Senior Film Editor Rebecca Keegan, Chris has neither released a statement nor apologized to Will and his wife Jada Pinkett Smith. As for the statement that began with “As a comedian it can be difficult to understand…,” his team has denied that it was from him.

“Chris Rock has not yet issued a statement,” Rebecca tweeted on Monday, March 28. “There is a statement going around purporting to be from Rock that is not from him, per his team. It’s the one that starts, ‘As a comedian it can be difficult to understand…’ “

The purported statement, which has been posted on Twitter, read in full, “As a comedian it can be difficult to understand which lines are to be crossed and which ones aren’t. Last night I crossed a line that I shouldn’t have and paid the enormous price of my reputation as a renown comedian.”

“Comedy is never about poking fun at or making lite of people with major ordeals happening in their lives. Comedy is about using real life circumstances to create laughter and bring light to an otherwise dark world,” it went on to state.

“With that said, I sincerely apologize to my friends Jada Pinkett-Smith, Will Smith, and the rest of the Smith family for the disrespect and disregard I displayed which was unfortunately broadcast for the world to see,” the fake statement continued to read. “I hope that, with time, forgiveness can come of this situation and we can all be better, more considerate people in the end.”

Meanwhile, Will has issued a public apology to Chris via his official Instagram page. “My behavior at last night’s Academy Awards was unacceptable and inexcusable,” he said in a statement posted on Monday. He tried to justify his anger as saying, “Jokes at my expense are a part of the job, but a joke about Jada’s medical condition was too much for me to bear and I reacted emotionally.”

Still, the “King Richard” star regretted his act. “I would like to publicly apologize to you, Chris,” he continued. “I was out of line and I was wrong. I am embarrassed and my actions were not indicative of the man I want to be. There is no place for violence in a world of love and kindness.”

He then concluded his statement as saying, “I deeply regret that my behavior has stained what has been an otherwise gorgeous journey for all of us. I am a work in progress.”

As the incident continued to divide fans and fellow celebrities, Alec Baldwin recently tweeted out his support for Chris. “I am not reading much about how, or even if, the producers attended to Chris,” he wrote on Monday. “But I love you, @chrisrock. And I’m sorry the Oscars turned into the Jerry Springer show.”

It has also been reported that the Oscars slap has affected Chris’ upcoming comedy shows in a good way. TickPick claims that they have sold more tickets to the comedian’s tour overnight than they did in the past month combined. They also say that ticket prices have surged since Sunday night, going up from a minimum of $46 per ticket on March 18 to a minimum of $341.