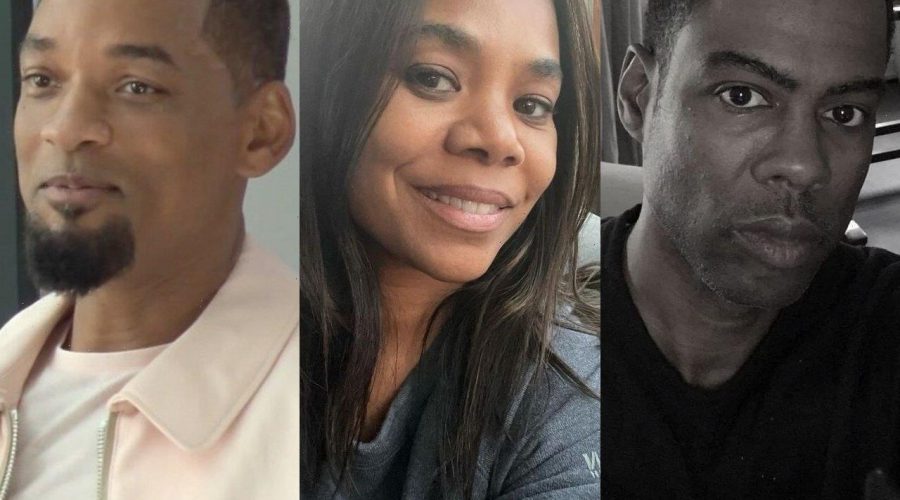 The Oscar co-host finds it ‘great’ that the ‘King Richard’ star offered public apology after he slapped Chris Rock on stage for making a joke about Jada Pinkett Smith.

AceShowbiz –Regina Hall responded to Will Smith‘s Oscars apology with a thank-you. Regina – who co-hosted the ceremony – thanked Will for apologising in a video message after the 53-year-old actor hit comedian Chris Rock during this year’s Oscars ceremony after he made a joke about his wife, Jada Pinkett Smith.

“Life happens. I always say any time I feel like someone genuinely, like you know, offering an apology – I mean, what what can you say to that but thank you? I mean, it’s great,” Regina, 51 – who co-hosted the ceremony alongside Amy Schumer and Wanda Sykes – told “Entertainment Tonight”.

Last month, Will blamed being “fogged out” and “fuzzy” for not saying sorry to Chris at the time. The Hollywood star resigned from the Academy in the wake of the row and was subsequently banned from the Oscars and all of the organisation’s events for the next decade.

Will said, “I’ve reached out to Chris and the message that came back is that he’s not ready to talk … when he is, he will reach out. So I will say to you, Chris, I apologise to you. My behaviour was unacceptable and I’m here whenever you’re ready to talk.”

Will also apologised to Chris’ mother and his entire family. The movie star – who won the Best Actor gong at the Oscars for his performance in “King Richard” – said, “I just didn’t realise how many people got hurt in that moment, so I want to apologise to Chris’s mother. I want to apologise.”

Oscars producer Will Packer subsequently praised Will for his public apology. He said, “I love the fact that he’s being so transparent about his process. Clearly he is going through his own personal rehabilitation. I’m pulling for him. I’m pulling for him to continue his own process, but I think this is for him. He needs to do it.”