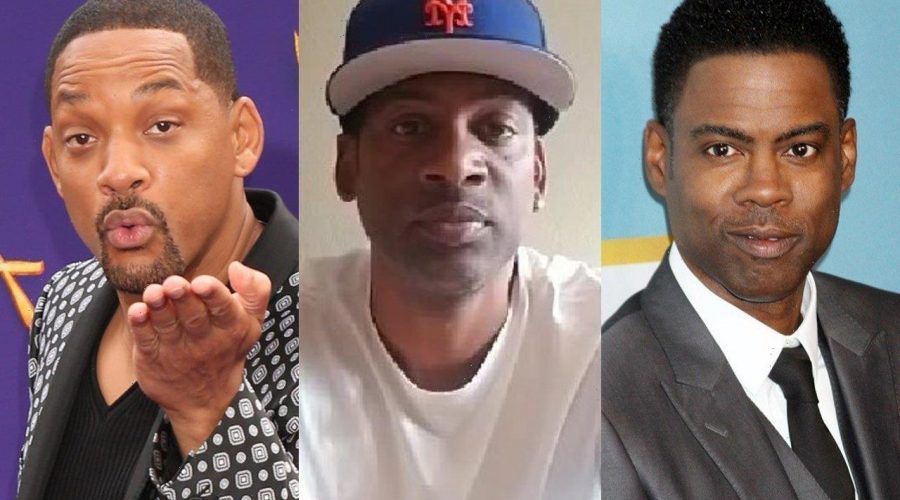 When asked if he keeps things ‘professional’ or ‘fights fire with fire,’ the younger brother of the ‘Saturday Night Live’ alum stresses that it’s already ‘on.’

AceShowbiz –Chris Rock‘s brother Tony Rock has weighed in on Will Smith‘s infamous slap at the 2022 Academy Awards. Taking to social media, the younger sibling of the “Saturday Night Live” alum revealed that he doesn’t accept the “King Richard” star’s apology.

During the 47-year-old actor’s weekly Q&A session on Twitter, “20 Questions Tuesdays”, people asked whether he accepted Will’s apology. After one user asked him, “Do you approve of the apology?” he simply replied, “No.”

In a separate post, another social media user asked if he and his brother Chris would keep things “professional” or “fight fire with fire,” Tony answered, “It’s on.” Tony also said his brother is “still rich” and still doing “fine” following the awkward confrontation.

Shortly afterwards, Tony urged people to watch “Good Hair” as he believed that his brother was blamed for disrespecting women of color. “Be sure to watch ‘Good Hair’ since the narrative is now changed to all my bro does is disrespect women of color,” the “All of Us” alum tweeted.

In his apology note, Will sincerely admitted that his act was “unacceptable and inexcusable.” The actor, who bagged the Best Actor award on Sunday, wrote, “Jokes at my expense are a part of the job, but a joke about [Jada Pinkett Smith]’s medical condition was too much for me to bear and I reacted emotionally.”

“I would like to publicly apologize to you, Chris,” Will continued, “I was out of line and I was wrong. I am embarrassed and my actions were not indicative of the man I want to be. There is no place for violence in a world of love and kindness.” The “Aladdin” actor further stressed, “I deeply regret that my behavior has stained what has been an otherwise gorgeous journey for all of us. I am a work in progress.”