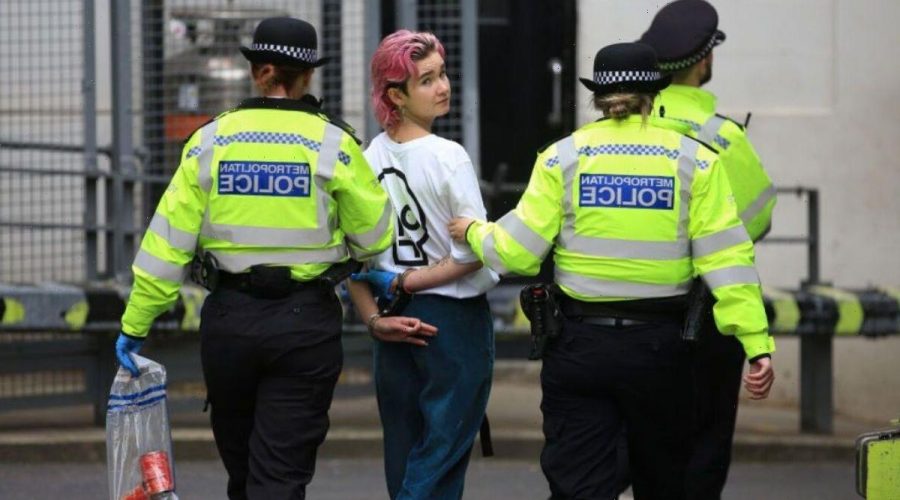 Chris Packham talks about impact of car blast on his family

Chris Packham, 61, is a committed wildlife conservation activist himself, and his views have made him the victim of arson attacks and death threats. The Springwatch presenter has now spoken out in support of the hugely controversial stunt where a pink-haired activist hurled soup over one of Van Gogh’s most famous paintings, Sunflowers.

Last Saturday, she and a fellow activist pleaded ‘not guilty’ to the charge of throwing tinned soup over the picture, which had been on display at London’s National Gallery.

However, she has now found a source of support in Chris, who urged more than 577,000 Twitter followers to “have a listen to this @JustStop_Oil activist.

READ NOW: Lewis Hamilton confesses ‘I feel so alone’ after reflecting on split

The activist had claimed that, while the frame of the painting was possible to repair, the environment might not be, if the public didn’t act fast.

“I would like to make one thing perfectly clear – we did no damage to the painting whatsoever,” the activist insisted in a video reposted by Chris which has so far had over two million views.

“I was in court yesterday and heard that there’s been minimal damage done to the frame, which is repairable and replaceable,” she continued.

“It was behind glass and we would never, ever have considered doing it if we didn’t know that… we wouldn’t do any damage.”

She also insisted that the gallery staff had been able to remove the soup by wiping it off “with a bit of kitchen roll”.

“I recognise that it might look like a ridiculous action – I agree, it is ridiculous,” she conceded in her impassioned rant.

“But we’re not asking the question: should everyone be throwing soup on paintings?

“What we’re doing is getting the conversation going, so we can ask the questions that matter – questions like is it okay that Liz Truss is licensing over a hundred new fossil fuel licenses?”

She quoted Sir David King, who has said: “What we do in the next three to four years will determine the future of humanity”.

The activist then claimed that the outlandish stunt and the outrage it subsequently provoked had been necessary to provoke “media attention”, without which the situation would continue unchallenged.

“Civil resistance works. history has shown us that it works!” she exclaimed.

Though Chris seemed to be in support of her comments, not all of his Twitter followers agreed.

“No one needs educating on climate change and fossil fuel’s part in it. No one,” @CJonesy77 argued.

@BlueFire94 challenged Chris by quizzing: “So you’re in agreement of a Van Gogh painting being destroyed by activists then?”

@katdharrison chimed in to say: “Those methods don’t persuade those who need persuading. All they do is provoke the right wing media and those that read/listen to it. Provoking them is persuading no one.”

@zinzan999 insisted that the only problem was the number of people on the planet and that the activists were over-dramatic, arguing: “Unfortunately when they start saying things like the end of humanity I basically switch off. We are not at that stage and nowhere near it.”

@alexleyton2021 referenced other stunts which had blocked roads, raging: “Stopping everyday people getting to work is not going to get them on your side!”

Few respondents stood in support of the activists’ actions, although YewYewTree84 did defend: “Watch the video, she says she knew the art was safe!”