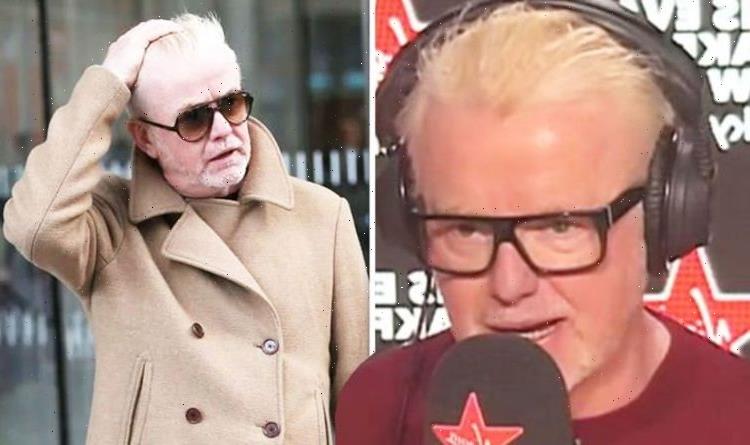 Chris Evans discusses film that made him 'sob for ten minutes'

Chris Evans made a candid admission during Virgin Radio today, as the broadcaster addressed plans to stop taking hair loss pills. The presenter explained he didn’t want to “go bald” as he considered having a hair transplant.

The 55-year-old, is no stranger to opening up about his health concerns on-air, and has discussed the possibility of undergoing a cosmetic procedure for his hair.

Speaking to his co-stars Vassos Alexander and Rachel Horne, Chris explained that he has “never been fitter” but addressed concerns with his hormone levels.

The Virgin Radio host explained that he had been carrying out research on testosterone and DHT (Dihydrotestosterone) – an androgen sex hormone that contributes to the development of what are thought of as “male” sex characteristics, such as body hair.

It can also contribute to you losing your hair faster and earlier.

Chris said: “I was finding out about my hair pills that I had been taking for a while and why that might be affecting my testosterone which apparently is one of the reasons I might have to get a hair transplant.”

He added: “I need to stop taking these pills.”

The Virgin Radio host said he had been taking clinically proven hair loss pills to combat his thinning hair.

During the show, Chris went on to explain the importance of testosterone as he addressed his other health concerns.

“Obviously, [testosterone] helps different aspects of your life as well but from an energy point of view I’ve heard from some people that if you take different energy supplements – for instance, to help stimulate hair growth like I do – that has an adverse effect on your testosterone levels,” Chris remarked.

“I don’t necessarily want to take testosterone supplements although there are some pretty good ones out there that have very few, if any, side effects.

“But first of all, I would like to get my testosterone up by not taking things that are suppressing it.”

Chris commented: “That would mean me going bald which I don’t want to do. I’ve got the wrong shaped head.”

The Virgin Radio host said he planned to book in for a hair transplant procedure as he also addressed his other health concerns.

“There are three vanity doors I have opened,” Chris said. “One being my varicose veins.”

He continued: “Two, having my eyes lasered which has improved.

“That wasn’t a glasses thing I was just having problems being able to see. I was having trouble driving at night.”

The Virgin Radio host had underwent laser eye surgery in 2013 and six years later he had varicose vein treatment.

Chris commented: “The third thing is hair loss. So if I get a weave, you can get it from the back and put it on the front. I don’t know how it works.”

The broadcaster revealed that he recommended a pal to get the treatment done and explained that they underwent a hair transplant.