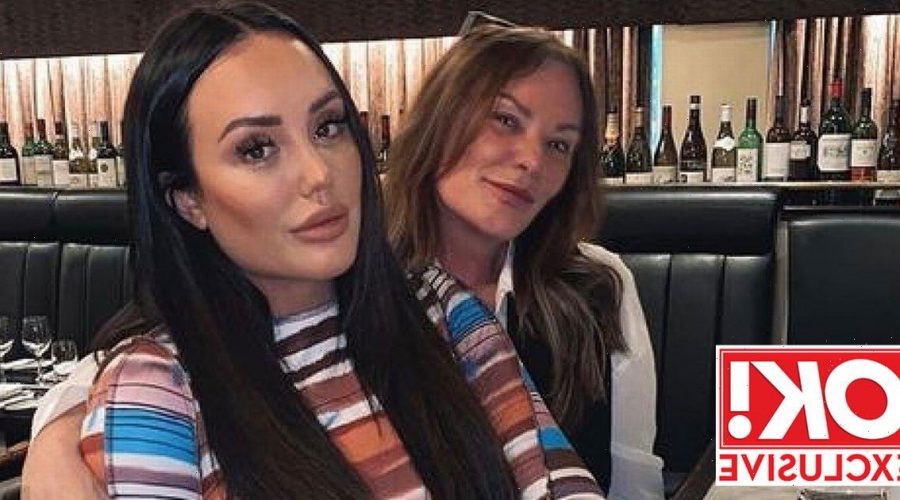 Charlotte Crosby has opened up about her shock at her mum Letitia being diagnosed with breast cancer.

The pregnant star recently celebrated her baby shower with her family and friends, and the 32 year old says being able to have her mum there meant the world to her.

And she wants to focus on making fun memories with her "Mam" following the shock diagnosis.

Speaking exclusively to new! magazine about the sad news, Charlotte said: “Finding out Mam had breast cancer while I was pregnant was such a shock – I found out the day after my birthday.

“Jake had taken me to a spa when we got a phone call from my Mam – it was earth shattering and although I’ve tried to be positive thereafter it was absolutely devastating at the time.”

She continued: "It meant everything to be able to have my Mam at my baby shower before she started her treatment so she could let go a bit and have some fun.

"It’s been such a traumatic time and she’s been through a whole rollercoaster of emotions. I am just trying to stay positive and keep my Mam’s mind off what she’s going through by organising fun things and making fun memories together."

During a routine mammogram in May, Letitia was horrified when doctors discovered an 11mm tumour the size of a Malteaser in her right breast. She has since had the tumour removed and is starting gruelling chemotherapy next week.

The former Geordie Shore star, who middle name is Letitia after her mum, was also joined by her nan at her star-studded baby shower.

Her former co-stars Holly Hagan, Marnie Simpson, Nathan Henry and Sophie Kasaei were also in attendance, with the celebrations going on until 4am.

“It was a long one!” says Charlotte, who is 32 weeks pregnant.

“Luckily, my house is big enough that if I go to sleep on the top floor I can’t hear anyone – so I snuck off to bed early but I still had the Geordie Shore lot in my house until four in the morning.”

She added of the day, which also featured drag queens and cocktails: “Now I understand why people get other people to arrange their baby showers, because it was stressful – and I had my BBC Three film crew there, too.

"I should have just been sitting down and enjoying it but I know nobody would have come up with those good ideas!”