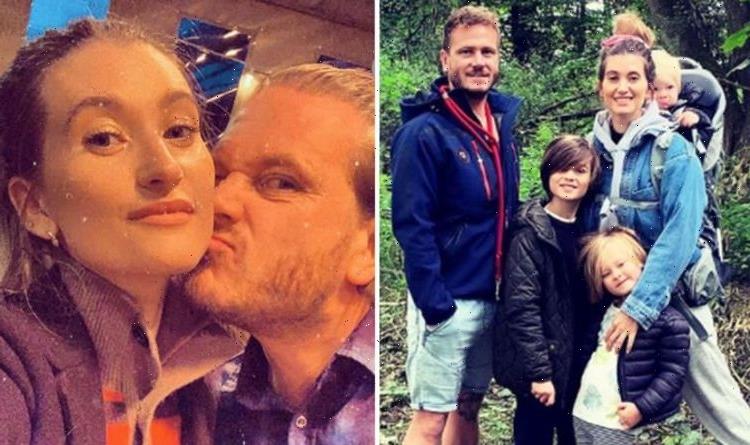 Charley Webb and Matthew sort out the children's toys

Emmerdale actress Charley Webb is a proud mum to three sons; Buster, 11, Bowie, five, and two-year-old Ace. In a rare Q&A with her fans on Instagram, the actress was asked if she had thought about extending her brood with husband Matthew Wolfenden, 41.

Charley was also asked if she had any weird cravings when she was pregnant.

Charley put the rest of her Q&A on hold as she told fans her youngest had woken up from a nap and Bowie had just got back from the cinema.

Alongside a video of her sons fighting over a cuddle with her, she wrote: “Ace gets so jealous, it’s a nightmare!

“Bowie doesn’t react most of the time, sometimes he does whack him back though.”

The actress previously admitted she is back and forth about the idea on having another child.

“One minute, I think I would love another and then five minutes later I think definitely no more children,” Charley confessed to OK! Magazine.

“My friends have said to me, ‘You know when you’re done.’

“And I don’t feel like I’m done with having children.

“When I was carrying Ace, I knew I would want to do it again.”

Charley tied the knot with her co-star Matthew back in 2018.

The latter recently revealed that the pair got together pretty swiftly after meeting on set.

He said on the The Chris KaMOREa podcast: “We met on set and got together very quickly – after about a year, I think. We’ve got three boys now.”

When asked whether their sons are “Yorkshire through and through”, he replied confirming they are.

Matthew has been playing heartthrob David in Emmerdale for 15 years.

Charley had been portraying Debbie Dingle on and off since 2002.

In July, a source told The Sun she has “no plans” to return to the soap anytime soon.

In the same month, her husband said on This Morning: “I think for her to go back now when all this [Covid] is still happening is not what she wants to do.

“I think she’ll wait until all the restrictions have dropped.”