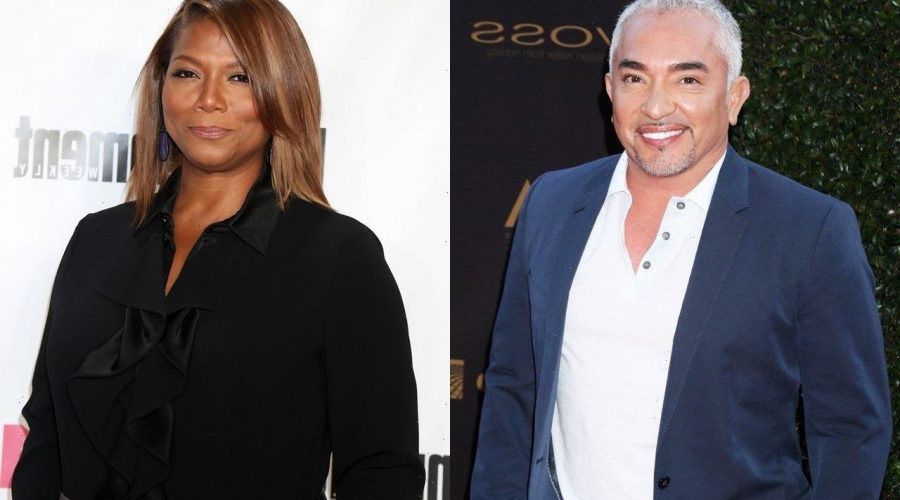 In a lawsuit launched against the ‘Dog Whisperer’ star, it’s mentioned that the animal trainer allegedly covered up the death of the pooch owned by Queen Latifah.

AceShowbiz -Celebrity dog trainer Cesar Millan has been accused of covering up the death of Queen Latifah‘s pet after his pit bull allegedly attacked and killed the pooch.

The claim comes in a lawsuit filed by gymnast Lidia Matiss, who alleges his dog also attacked her.

In the legal paperwork obtained by TMZ, she recalls visiting her mother, who worked for Cesar – aka The Dog Whisperer, and encountered the pit bull, Junior, roaming the office building unsupervised. She claims the dog bit her repeatedly and she required medical treatment at a nearby hospital after the attack.

Her injuries ended her gymnastics dreams because she could no longer compete due to the extreme pain.

Lidia’s attorneys Omar G. Qureshi and Brian M. Adesman claim Millan knew Junior had a history of violence but allowed the dog to roam free. They allege the pet had bitten and mauled other dogs, including one owned by Queen Latifah, while under his care.

In the lawsuit, Matiss claims Cesar covered up the dog’s death by telling Queen Latifah her pet was hit and killed by a car.

He insists his accuser assumed the risk of being bitten because she knew of the danger and he also claims Lidia was negligent although he doesn’t say how.

The lawsuit is ongoing.

It’s not the first time Cesar Millan was sued over dog attack.

In 2015, a nurse launched a lawsuit after allegedly being bitten by a pit bull that had been prematurely released from his Dog Psychology Center.

However, the director of the dog training facility insisted Millan never had contact with the dog and never trained the animal. The pit bull’s owner allegedly removed the pet “against the strong advice and objection of his trainer.”