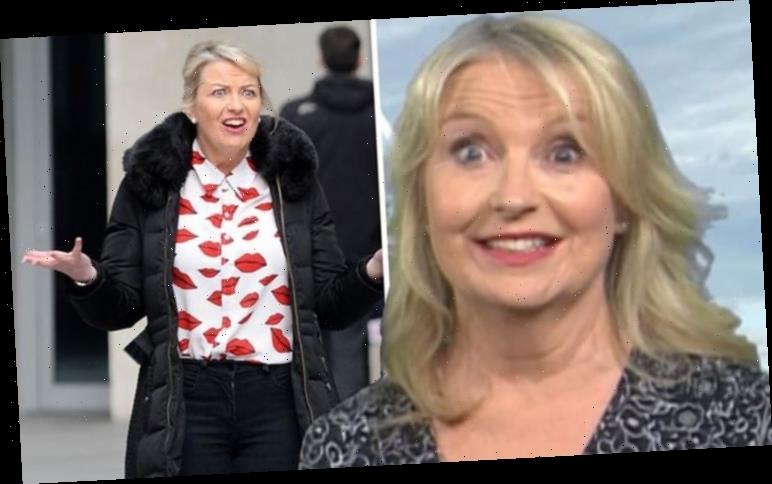 BBC Breakfast weather Carol Kirkwood reacted to her co-star Simon King who revealed he stripped off at home due to the heat. It comes as the meteorologist revealed record-breaking temperatures in the month of March today.

Taking to Twitter, BBC News host Simon explained that he was at home basking in the hot weather.

In view of his 19,700 followers, he penned: “Yesterday it was the shorts…today it’s the top off and sunbathing.

“I’ll save you from the topless photograph so here’s Honey enjoying the #weather with me instead…#scorchio.”

Simon accompanied the tweet with a photo of his pet pooch Honey sprawled out on a sun lounger. 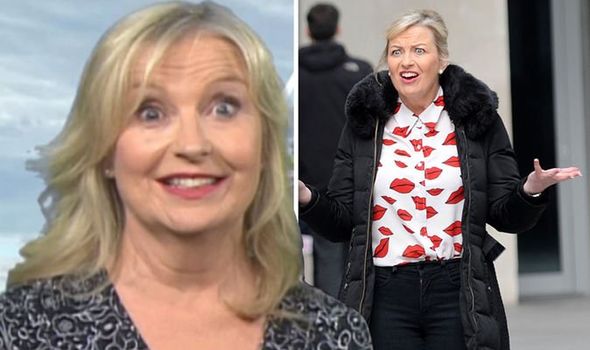 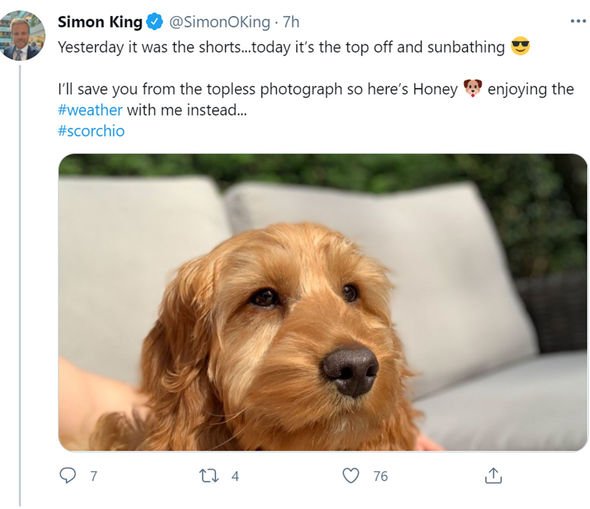 In a follow-up tweet, the broadcaster shared a sweet snap of his cat soaking up the sunshine.

Simon wrote: “Oh and for all you cat people out there, Alfie’s joined us now…”

Carol, who is a known cat-lover, reacted to the tweet as she took the opportunity to respond.

In view of her 202,000 followers, the weather forecaster replied with a series of cat emojis and heart-eyes. 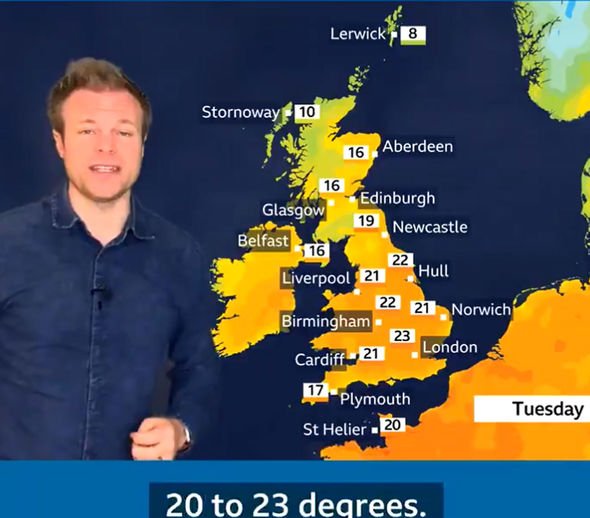 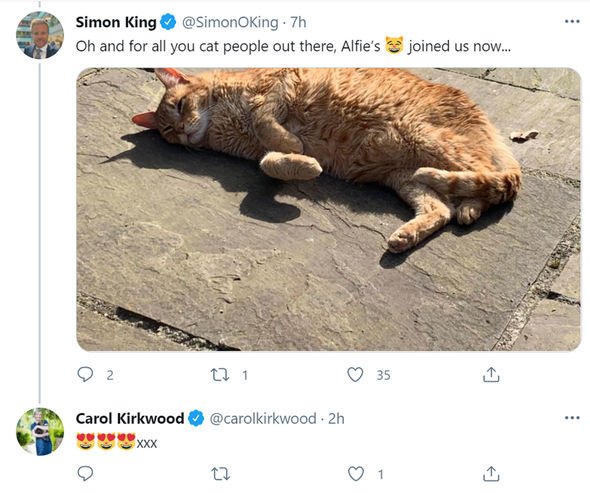 Last year, Carol confirmed that her beloved feline friend Donald had died as she penned an emotional goodbye.

The BBC weather presenter explained the sad news “doesn’t seem real”, as she opened up about how she missed her beloved pet’s company and “quirky wee personality”.

In a heartfelt message, she wrote at the time: “This just doesn’t seem real….a week ago today, my gorgeous wee Donald closed his eyes for the last time… he was my joy and I loved him unconditionally.

“I miss his company, his affection, and his quirky wee personality. He will live on in my broken heart forever.”

Carol wrote: “Top temperature today was recorded in Kew Gardens where the mercury reached 24.5C. This is the highest temperature in March since 29 March 1968 when Mepal (Cambs) recorded 25.6C which is the March record for the UK @BBCBreakfast.”

One wrote: “It still felt a lot cooler than you promised us.”

“Is tomorrow going to be even hotter?” a third quizzed.

BBC Breakfast airs daily on BBC One at 6am.