BBC Breakfast weather presenter Carol Kirkwood, 58, discussed her “greatest weakness” in a candid interview recently. During the chat, she said her cat Donald “rules the roost” at home, as she shared details about her personal life.

If I’m late back from work I get a right telling off.

She explained to Daily Express: “My greatest weakness is my cat, Donald.

”He’s 20 years old and he rules the roost. If I’m late back from work I get a right telling off.

“He can do no wrong. He’ll sit outside his treats cupboard, look at me with his big green eyes and I simply can’t say no.”

Carol also referred to her pet as her “best friend” adding: “My happiness, my sadness, everything – and he never tells a soul. 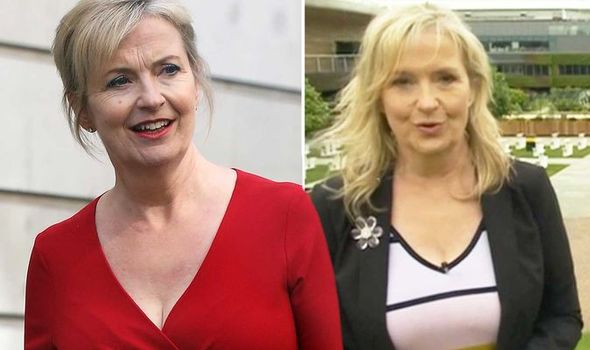 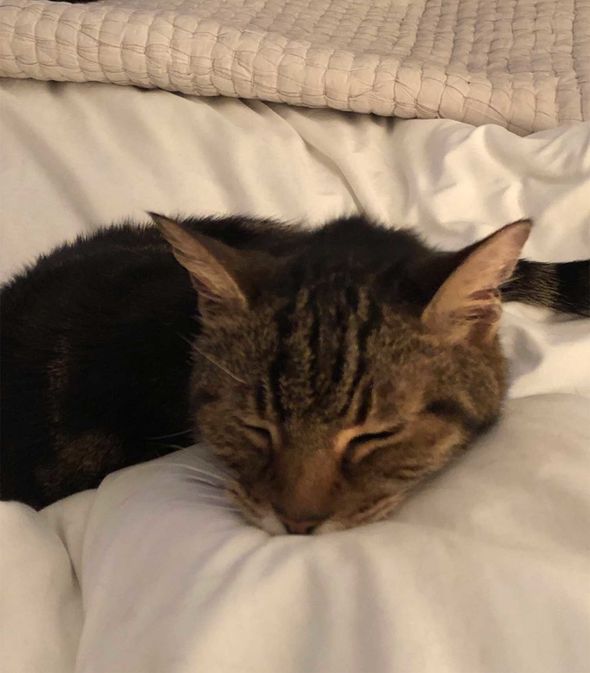 “He’s the one ‘person’ who knows everything about me.”

Carol lives alone with her beloved pet in Maidenhead.

She was married to cricket player Jimmy Kirkwood from 1990 to 2008.

The weather star previously discussed her divorced, telling Radio Times: “I found myself when I got divorced. 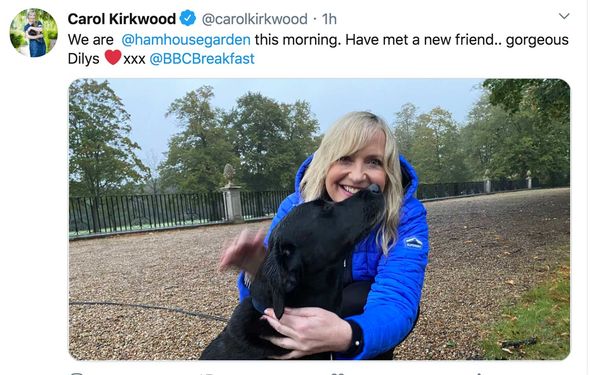 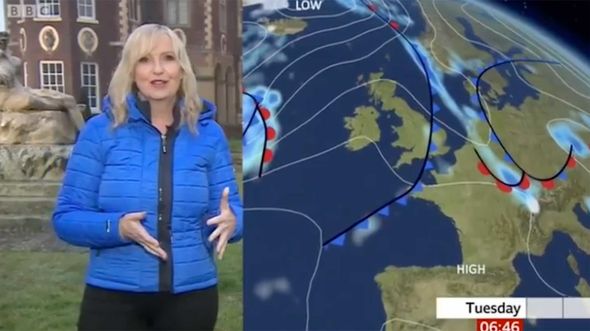 “When I was younger I would never have done that because I’d have thought, ‘Too dangerous!’ Now I think, ‘Oh, you’ve got to live your life!'”

Today, Carol introduced her “new” furry friend to her Twitter followers during filming.

The presenter beamed for the camera as she hugged a dog named Dilys on set.

She wrote: “We are @hamhousegarden this morning. Have met a new friend.. gorgeous Dilys @BBCBreakfast.”

The host went on to give fans an update about what they can expect from today’s weather.

In view of her 194,000 followers, she wrote: “The rain in the SE quarter of the UK will slowly clear east through the day.

Carol followed up her post urging fans to look out for fog in certain parts of the UK.

“Watch out for fog this morning across Northwest England, Wales and southern Scotland,” she continued.

BBC Breakfast airs daily from 6am on BBC.

09/29/2020 Celebrities Comments Off on Carol Kirkwood: BBC Breakfast star in rare home life admission ‘I get a right telling off’
Recent Posts
We and our partners use cookies on this site to improve our service, perform analytics, personalize advertising, measure advertising performance, and remember website preferences.Ok