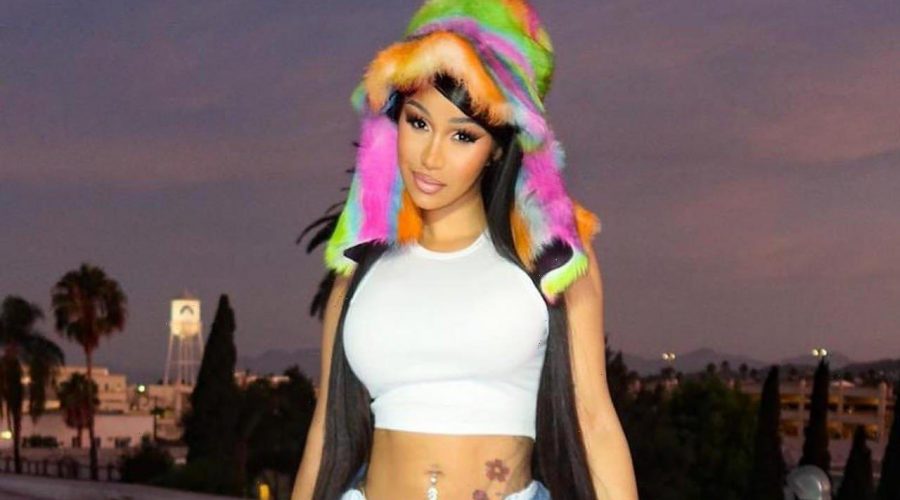 The ‘Bodak Yellow’ hitmaker claims that someone is threatening her life after she’s involved in a war of words with a person calling themselves ‘Nicki Minaj Connoisseur’ on the blue bird app.

AceShowbiz –Cardi B has responded to the death threats she received on social media. The “Bodak Yellow” hitmaker claimed that she was threatened by critics following hours of going back-and-forth.

On Thursday, August 25, the 29-year-old raptress engaged in a war of words with a person calling themselves a “Nicki Minaj Connoisseur.” The person claimed that the Grammy Award-winning artist still owed money to two bartenders who sued the rap star over a strip club bar fight in 2018.

In response, Cardi denied the claims and said the Twitter user was seeking attention and hoping to go viral. The person, whose Twitter handle is @SleezeMaraj that is another nod to Nicki, fired back, “LMAOO now you KNOW you offered them girls the money.”

The pair went back-and-forth, with Cardi defending her husband Offset over rights to his solo work after he filed a lawsuit against his ex-label Quality Control Music as well as his alleged affair with Saweetie. After hours of heated social media exchanges, the “WAP” spitter stated that while she doesn’t want to argue “with Stans on Twitter,” sometimes “things just get a little frustrating.”

However, Cardi returned to the blue bird app, claiming that someone is threatening her life. Even though the “I Like It” femcee did not say who made the treat, she said she was not worried. “A nikka putting a threat on my head ?” she responded to the threat, “Lmmmaaaaoooooo I gotta laugh ! I’m comfortable in my city ,LA,down south to where ever the f### I go! nikka gonna have to shoot me and kill me.” She continued, “Like WHEN YOU SEE ME WHAT NIKKA ? It’s all fun and games till nikka start makin then threats.”

Though Cardi and the person have since stopped arguing, she tweeted, “Talkin about I need PR stunts …girl you defending a nikka that went on live claiming you was paying b***hes to have threesomes wit you and your trick ….Let a nikka fight his own battle that he started ! Im the bad guy and I need stunts when Nikkas come at me 24/7.” She later ended her tirade with a meme of Wendy Williams with a caption that read, “Thanks for watching.”