Cardi B doesn’t hold back speaking her mind. The 28-year-old “WAP” rapper took to Instagram to shut down comments about her and other female rappers carrying luxury, designer items, including super exclusive Birkin bags.

“I’ve been seeing this tweet that had me and it had other female rappers on it. They were talking about if we could get Birkins from the Hermès store and it was also saying how we depreciate the value of a Hermès Birkin bag,” Cardi began her video. “I find that really interesting, right? Because first thing first, I definitely could get a bag — actually, I got four bags today from the Hermès store. I don’t wanna brag but it’s like, don’t even try it.”

The “Press” emcee went on to call out the comments for being racially biased.

“Why is it that y’all asking female rappers if they could get a bag from the Hermès store? Y’all don’t do this to these white celebrities,” she said. “So why is it that y’all gotta be asking us? What the f**k? It just makes you wanna brag like, b**ch, you know who the f**k you talking to? But no, I’m not even gonna take it there.”

The powerhouse hip-hop star went on to explain that rather than “depreciating” the value of designer goods, as the criticisms claim, female rappers actually contribute to the success of many brands. 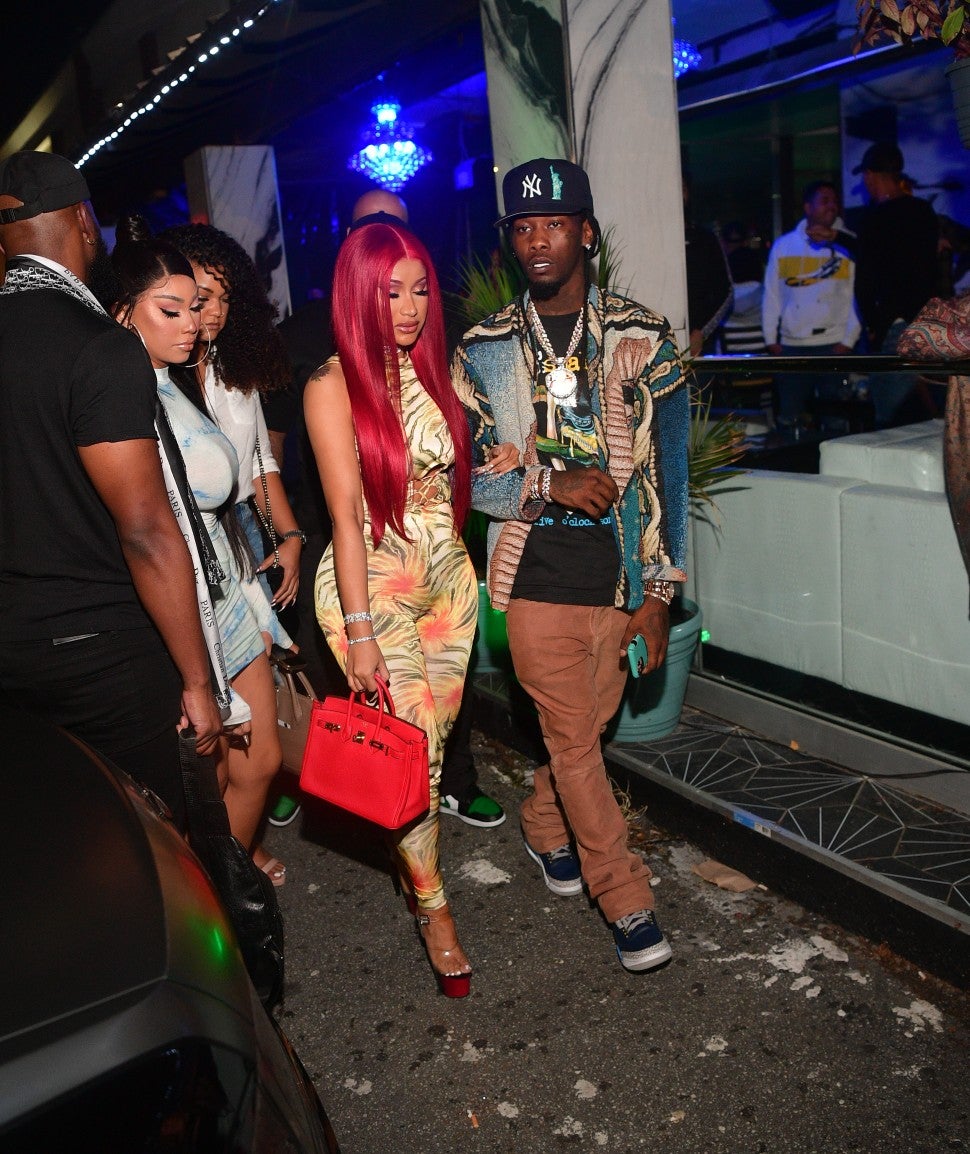 “We add value, because in hip-hop, when we mention brands in hip-hop, that s**t go up,” she said, directly referencing her hit single, “Bodak Yellow,” which she said caused Christian Louboutin shoe sales to go up “a thousand plus percent.”

“Why when a Black girl, why when a Hispanic girl have a bag y’all have to question it?” she asked.

Cardi went on to tell some of her fans who can’t afford the luxury item that in reality, it doesn’t matter.

So I had this convo with my team about this topic after seeing this viral tweet …what do you guys think ? Watch till the end

“Let me tell you something, if you’re a regular girl, you don’t gotta break your neck to have a Birkin. A Birkin don’t make you,” she said. “A lot of b**ches they don’t even be wearing labels and they swaggy as f**k… So don’t ever feel like you’ve gotta compare yourself. Don’t ever feel like you gotta go to Canal Street and get a fake one to keep up. The Internet life, don’t compare yourself to nobody on the Internet. This Internet s**t is fake.”

Cardi’s husband, Offset, who is a rapper in the group Migos, also spoke on the topic, sharing a photo of himself and Cardi with some new Birkin bags on Instagram.

Stop letting people on the internet tell ya’ll who can get a Birkin at the store, and how many Birkin’s you can get.Black people having access to luxury shouldn’t be a debate…by the way hip hop starts the trends !

“Stop letting people on the Internet tell ya’ll who can get a Birkin at the store, and how many Birkins you can get. Black people having access to luxury shouldn’t be a debate…By the way, hip-hop starts the trends!” he shared.

Cardi is known for her Birkin collection, and recently posed in front of a wall of the bags in every color. Earlier this year, Offset bought their 2-year-old daughter, Kulture, a miniature Birkin for her birthday.

10/27/2020 Celebrities Comments Off on Cardi B Calls Out Racially Biased Comments About Her Birkin Bags
Recent Posts
We and our partners use cookies on this site to improve our service, perform analytics, personalize advertising, measure advertising performance, and remember website preferences.Ok