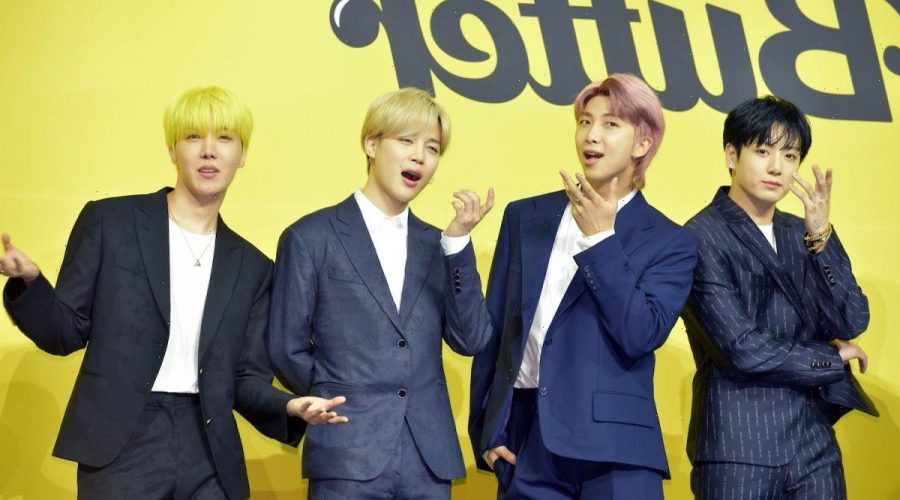 Here’s what we know about the “Filter” singer and dancer, Jimin.

Although Korean is their first language, the BTS members understand English well, sometimes even speaking English during interviews and concerts. In 2020, the group released their first all-English single. That was the chart-topping song “Dynamite,” which earned them their first Grammy nomination.

Of all the members, RM is fluent in the second language. However, multiple members are improving their skills. That includes one of the singers in the group, named Jimin, who elaborated on his knowledge during one interview.

Jimin is working on his English by watching Netflix

During one interview with Wired, the BTS members answered some of the web’s most searched questions. One of those questions was whether or not they speak the second language. Jin said that they need to work on their pronunciation, but each of them understands English.

It’s not exactly clear what Jimin is watching on Netflix, but this singer did take a turn reading the questions, as did members like Jungkook and V. When it comes to which member spends the most time learning English, according to an interview with TIME from 2019, Jungkook takes the cake.

Aside from their all-English singles, this K-pop group also released Japanese versions of their hit songs. That includes new versions of “Boy With Luv” and “Make It Right.” At concerts worldwide, these artists also try to talk to their international ARMYs, sometimes with the help of a translator.

How did the other BTS members learn English?

There’s also the infamous story of how RM learned English. According to the rapper, he watched DVDs of the sitcom Friends. The first time he watched in Korean with English subtitles, then he listened in English with Korean subtitles, and the final time was entirely in English.

As a result, he became fluent in the second language, often translating for the other members. Of course, this is a pretty impressive story, and even some of the BTS members joke about how he picked up English.

During the Carpool Karaoke segment, Jin whispered to Suga that he also watched the TV show, but he can’t speak English. Suga replied that RM must’ve memorized it to study.

Songs by BTS featuring Jimin, including “Butter” and “Dynamite,” are available for streaming on most major music platforms.