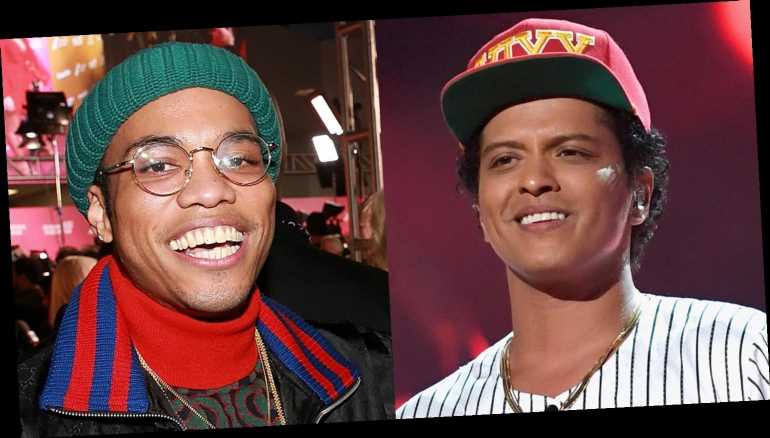 The 35-year-old entertainer took to Twitter on Thursday (February 25) to announce that he and pal Anderson .Paak have teamed up for a new band called Silk Sonic.

PHOTOS: Check out the latest pics of Bruno Mars

Along with the band announcement, Bruno also revealed that Silk Sonic will be releasing their first single off of their upcoming album next week on Friday, March 5.

“✨We locked in and made an album. The band’s called Silk Sonic. First song drops next Friday 3/5.✨” Bruno tweeted.

Bruno and Anderson have been longtime friends and collaborators. Back in 2017, Anderson opened for the European leg of Bruno‘s last tour.

This will be the first album Bruno has released since his 2016 album 24K Magic, which won him the Grammy for Album of the Year. Anderson‘s last album Ventura was released in 2019.

Last February, Bruno announced he was teaming up with Disney for a new project! Get the scoop here.

Check back in with JustJared.com next week to listen to Silk Sonic‘s first single!