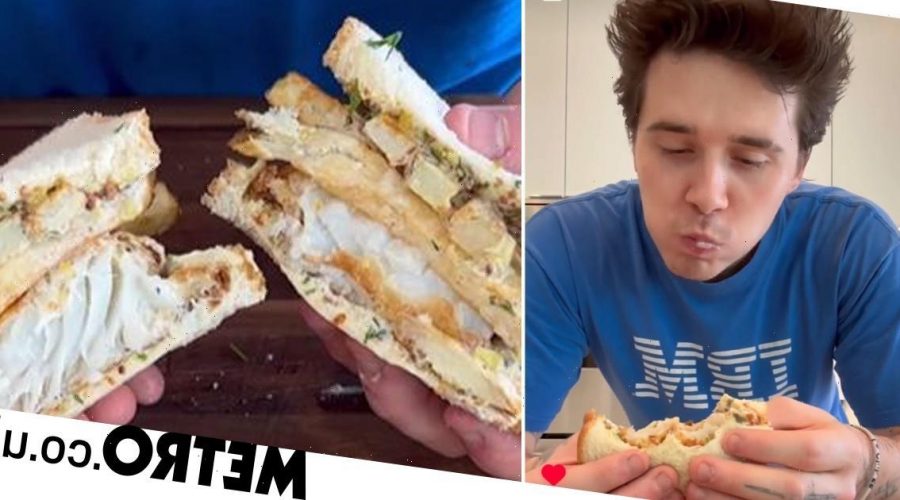 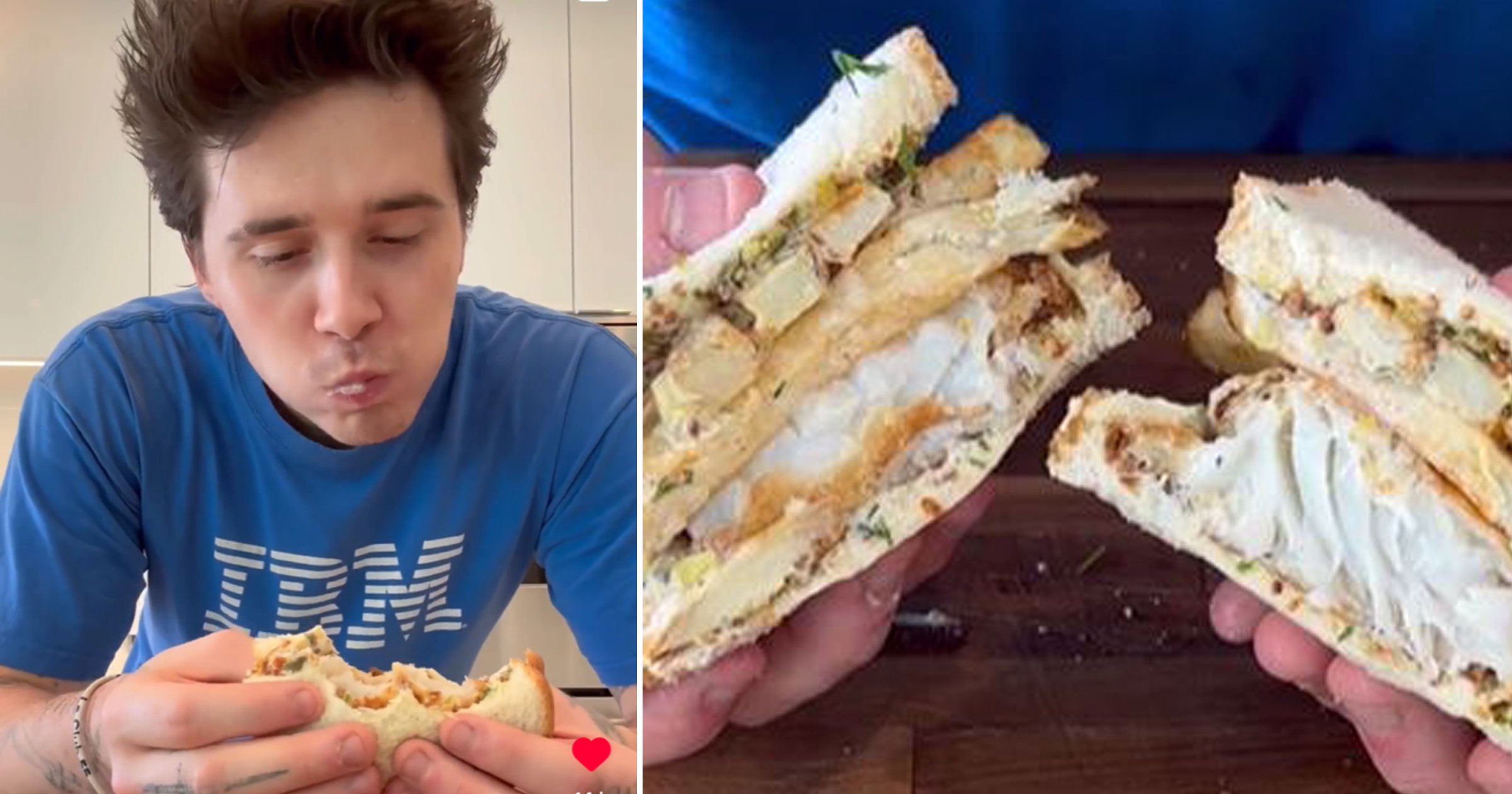 Brooklyn Beckham has shown off his culinary skills with his own twist on a fish and chip butty.

The 23-year-old, who recently married Nicola Peltz in a lavish affair surrounded by friends and family including parents David and Victoria Beckham, has described cooking as his ‘passion’ in life.

While not all of his recipes have been huge hits online (with one critic sarcastically declaring Brooklyn’s pizza had killed his Italian grandmother,) the budding chef is continuing to share his love for his hobby.

Now the young star – who lives in the US with his new wife – has given his 14.5 million followers a taste of British cuisine as he made up a fish and chip butty from scratch.

Taking to Instagram, Brooklyn shade a video of himself chopping potatoes into thick-cut chips and frying them in oil, before dipping fish fillet into home-made batter before frying them up.

The aspiring cook then chopped gherkins and herbs to add to his homemade tartar sauce and layered the concoction between two slices of thick white bread.

‘Fish and chips sandwich,’ he captioned the video proudly.

And, clearly aware of the debate some of his other meals had sparked, he added with a laughing emoji: ‘let me guess the next article title: untoasted bread!’

Brooklyn’s quip did in fact start some debate, with one follower writing: ‘Toasted bread?! God no, has to be fresh, buttered bread for fish and chips!’

But another wrote: ‘Looks yummy !!! But yes Brooklyn toast the bread a little at least lol (sic).’

Overall the eldest Beckham child’s fish and chip butty proved a hit, with fans flocking to the comment section to drool over the sandwich.

‘I’d love this,’ one fan wrote, while another described the ‘posh’ butty as ‘heaven on a plate.’

One particularly enthusiastic fan said they were ‘so freaking proud’ of Brooklyn for doing what he loved, while another joked they needed him as their husband ‘so he can cook for me.’

Brooklyn’s new video comes after he tried his hand at the viral ‘one chip’ challenge, in which he ate the world’s hottest potato chip and filmed his reaction.

The chip in question is seasoned with the world’s hottest chilli pepper the Carolina Reaper, and is not for the faint-hearted, with the company website warning that people with allergies, medical issues or who are pregnant should not eat them.

It certainly had a major effect on Brooklyn, who became tearful and red-faced as he faced the challenge – which was a mild reaction compared to some clips making the rounds as part of the viral challenge.

There are claims the challenge is ‘dangerous’ and even prompting hospitalisations, with Insider reporting at least three high schoolers in California were referred to the ER after eating the chips and waiting as long as possible without eating or drinking anything.

When approached for comment by Metro.co.uk, a Paqui spokesperson said ‘the difficulty of the challenge is a great part of its allure.

They added that they ‘take safety very seriously and have worked hard to ensure our products are properly and clearly labeled with allergen and safety information.’