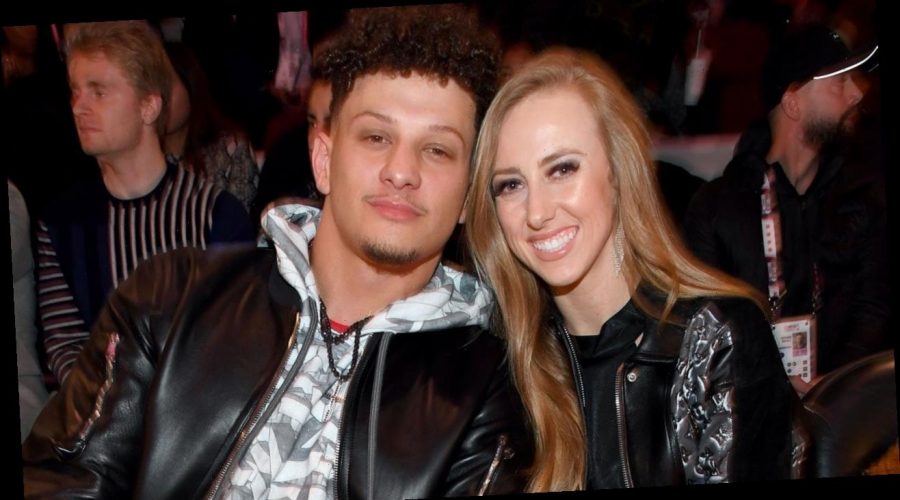 Brittany Matthews is looking on the bright side. Matthews shared her support for her fiance, quarterback Patrick Mahomes, after his Kansas City Chiefs lost to the Tampa Bay Buccaneers in Super Bowl LV on Sunday.

Mahomes and the Chiefs didn’t manage to recapture the magic of their impressive victory during last year’s big game, and the team came up short, losing 31-9 against Tom Brady and the Bucs.

However, Matthews — who is pregnant with her and Mahomes’ first baby — took to Twitter to show her love, and share her excitement for the next big step in their lives together.

“Not how we wanted it to end, but 15 played his heart out and I’m always and forever proud of him in everything he does!,” Matthews wrote, referring to her fiance by his jersey number. “Now let’s have a baby!”

Not how we wanted it to end, but 15 played his heart out and I’m always and forever proud of him in everything he does! 🙏🏼❤️
Now let’s have a baby🤣

Mahomes and Matthews have been dating since they were teenagers. They met while at Whitehouse High School in Whitehouse, Texas, and went to prom together in 2013.

The couple lives in Kansas City and share two dogs together, a pit bull named Steel and a cane corso named Silver.

Check out the video below for more on Super Bowl LV.