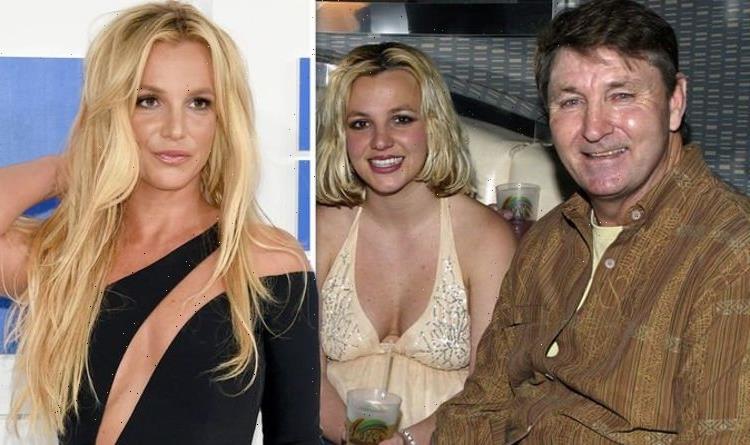 Britney Spears dances to ‘I Love You’ by Billie Eilish

Britney Spears, 39, has returned to Instagram following the news that her father Jamie Spears has reportedly agreed to step down as the singer’s conservator amid her legal battle. The pop star got her 33.3 million fans talking this evening as she shared two cryptic posts after the news broke about her latest victory in regards to the conservatorship, which has been controlling her life for the past 13 years.

Britney began by sharing a video of herself dancing at home in a black lace bodysuit.

The star flaunted her toned figure in the clip and captioned the post with three lipstick kiss emojis.

Britney showed off her moves in front of a yellow backdrop, while smiling for the camera that was filming her routine.

She then posted another cryptic video of elephants larking around with each other.

In the video the Toxic hitmaker shared, a baby elephant could be seen cheekily chasing some birds while Randy Newman’s song You’ve Got a Friend in Me played in the background.

Fans rushed to the comments section of Britney’s posts to share their thoughts on her comeback to social media following her legal breakthrough.

One person commented in reference to the Free Britney movement: “#FreeElephantney.”

Another added: “they are free as you now sweetie!”

A third fan replied: “No elephant in the room.”

“The B army chasing the Spears family out of Britney’s life,” a sixth person suggested.

A seventh fan said: “I’d be dancing too if I were her. Freedom is in sight.”

“Look how happy she looks!!! I could cry!!!” Another fan commented on Britney’s dance routine video.