Helen Mirren, Jim Broadbent and an art heist yarn that will steal your heart: BRIAN VINER reviews The Duke

Some of the screenings at this year’s Venice Film Festival are not for the faint-hearted.

Last night saw the world premiere of Pieces Of A Woman, a shattering drama starring Vanessa Kirby (Princess Margaret in the first two series of The Crown) as a young mother who loses her baby.

But who better than a Great British Eccentric played by Jim Broadbent to lighten the mood here on the Lido?

Broadbent and Helen Mirren, as his long-suffering wife, are both wonderful in The Duke, a jaunty but at times extremely moving account of how – and more significantly, why – a working-class Geordie called Kempton Bunton ended up with Francisco Goya’s celebrated 1812 portrait of the Duke of Wellington hidden at the back of his wardrobe. 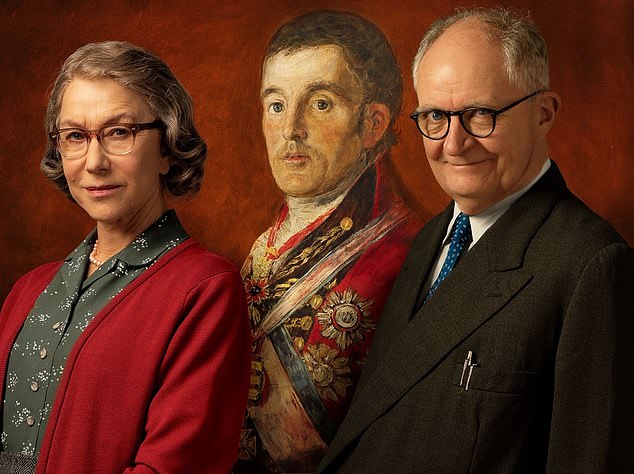 Jim Broadbent and Helen Mirren (pictured), are both wonderful in The Duke, a jaunty account of how a Geordie ended up with Francisco Goya’s celebrated 1812 portrait of the Duke of Wellington hidden at the back of his wardrobe

In 1961, following lavish media coverage of the £140,000 purchase of the Goya ‘for the nation’, the painting was stolen from the National Gallery.

Police suggested that the audacious theft had been carried out to order by an international criminal gang.

In fact, Kempton was a myopic, pipe-smoking 60-year-old from Tyneside, a campaigner against social injustice and street-corner orator fired, above all, by his fierce belief that war widows and old-age pensioners should not be forced to pay the BBC licence fee.

He sent a series of anonymous notes offering to return the Goya, provided the government stump up £140,000 for the ‘common good’, which in his view, didn’t mean the right to gaze at a 150-year-old painting of the Duke of Wellington.

I don’t think it counts as a spoiler to add that the ransom was never paid and that Bunton, having confessed to the crime, eventually went on trial at the Old Bailey. 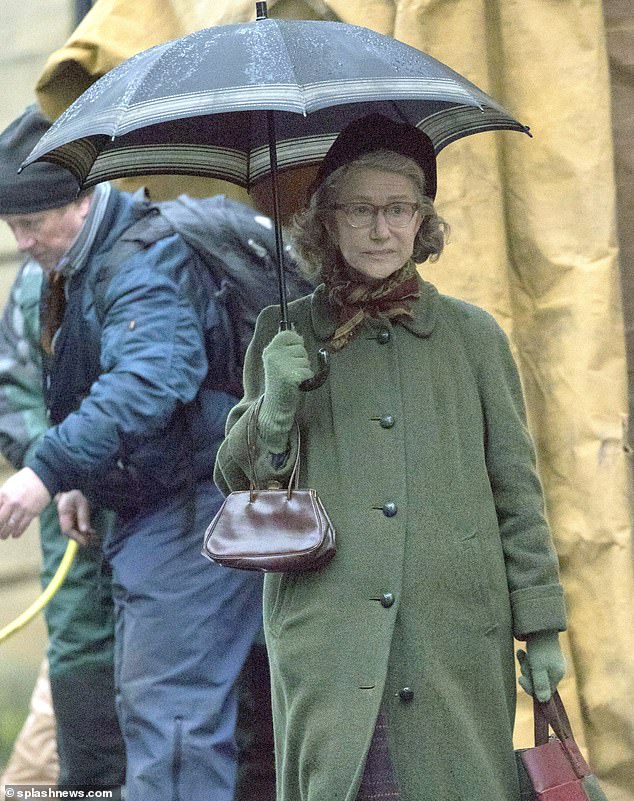 Mirren, whose skill as an actress enables her to play frumpy and downtrodden every bit as well as she does elegant hauteur, is a superb foil (pictured)

It’s a quirky but stirring tale, beautifully scripted (with the odd dollop of dramatic licence) by Richard Bean and Clive Coleman, while director Roger Michell brings the same sureness of comedic touch he applied to the likes of Notting Hill and Venus.

Let’s not accuse Michell of nepotism over the casting of his wife, Anna Maxwell Martin, in one of the film’s small but key supporting roles.

Terrific as ever, she plays the affluent wife of a local councillor who employs Kempton’s wife Dorothy (Mirren) as what in 1961 was known as a charlady.

But it is Broadbent and Mirren who are the beating heart of this delightful film.

To the end of his extremely long life, Hutchinson (who was 102 when he died in November 2017) recalled Kempton with great affection – and Broadbent shows us why, beguilingly breathing life into a kind of British archetype.

Kempton is an idealist, a dreamer, big-hearted and self-taught.

He’s also a know-all and prone to long-windedness, but he’s devoted to Dorothy and their two sons, Jackie (Fionn Whitehead) and Kenny (Jack Bandeira), and gripped by a powerful social conscience.

Sometimes, the film ladles on the working-class nobility a bit thick.

Kempton loses a job as a taxi driver for waiving a disabled war veteran’s fare, and another at a bakery for standing up for a Pakistani colleague picked on by a racist supervisor. 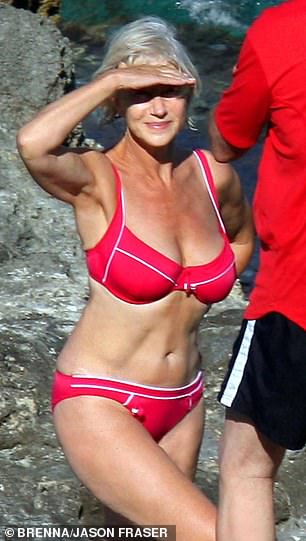 Helen Mirren shows she can do both frumpy and glamorous

But Broadbent keeps it real at every turn and manages a passable Geordie accent to boot.

Mirren, whose skill as an actress enables her to play frumpy and downtrodden every bit as well as she does elegant hauteur, is a superb foil.

The down-to-earth Dorothy is understandably exasperated by her placard-waving husband, who has pretensions as a playwright.

Yet we never doubt that their relationship is rooted in mutual love – as well as grief, although they cope in contrasting ways with the tragedy, 13 years earlier, of losing a teenage daughter in a road accident.

Cleverly, Michell presents much of this in the style of a Sixties film.

His occasional use of split-screen techniques evokes a rather more glamorous story of art theft, 1968’s The Thomas Crown Affair, and there’s an appealingly retro score, with more than a few nods to those cloth-cap, kitchen-sink dramas of 60 years ago.

Indeed, my favourite moment so far of this 77th Venice Film Festival is seeing the Italian sub-titles grapple with Kempton’s line, as he presents Dorothy with a tray of placatory tea and biscuits: ‘Good dunkers, them ginger nuts.’

The Duke is released on November 6.

09/04/2020 Celebrities Comments Off on BRIAN VINER reviews The Duke
Recent Posts
We and our partners use cookies on this site to improve our service, perform analytics, personalize advertising, measure advertising performance, and remember website preferences.Ok