Happy Holidays, from Brandi Glanville…AND LeAnn Rimes! The two took a Christmas selfie together, thus squashing any lingering talk that the ‘RHOBH’ star dissed her over the ‘Masked Singer.’

“Hanging with the best masked singer of all time,” Brandi Glanville captioned her Dec. 25 selfie with LeAnn Rimes. Brandi, 48, wasn’t just celebrating how LeAnn, 38, won season 4 of The Masked Singer. The Real Housewives of Beverly Hills star and the “How Do I Live” singer were both wearing glittery facemasks by POL’ ATTEU Designer 90210 Face Masks from the Sexy Sequins collection. So, LeAnn was literally a “masked singer” for that Christmas selfie. Funny!

This selfie should silence any chatter about Brandi’s alleged shade. The RHOBH star had been avidly watching this recent season of The Masked Singer. In October, she tweeted that she thought the contestant dressed up as The Sun was “100 percent Leann Rimes…although, my kids say ‘no way’ because she told them that she would never do this show because it’s sooo beneath her.” Fans of Real Housewives were living for this tweet due to the fact that LeAnn is currently the stepmom of Brandi’s kids, Mason, 17, and Jake, 13, after marrying their father, Eddie Cibrian, in 2011. Eddie, 47, and LeAnn had an affair while filming Northern Lights together, ultimately resulting in the end of his and Brandi’s marriage. A very public feud followed.

However, this Masked Singer tweet wasn’t a dig at LeAnn. Brandi, who was confident she knew The Sun’s identity, tweeted, “Hope my kids’ bonus mom The Sun LeAnne Rines (sic) wins the Masked Singer tonight,” ahead of the Dec. 16 finale. When fans dug up Brandi’s October tweet and began accusing her of shade, she shut that down. “First of all, I did not shade or diss [LeAnn Rimes],” she tweeted on Dec. 17. “I rooted for her to win. She clearly told my kids that she’d never do the show to keep things a secret because they have big mouths. She deserved to win. I’m glad she won! Stop reading into sh-t.” 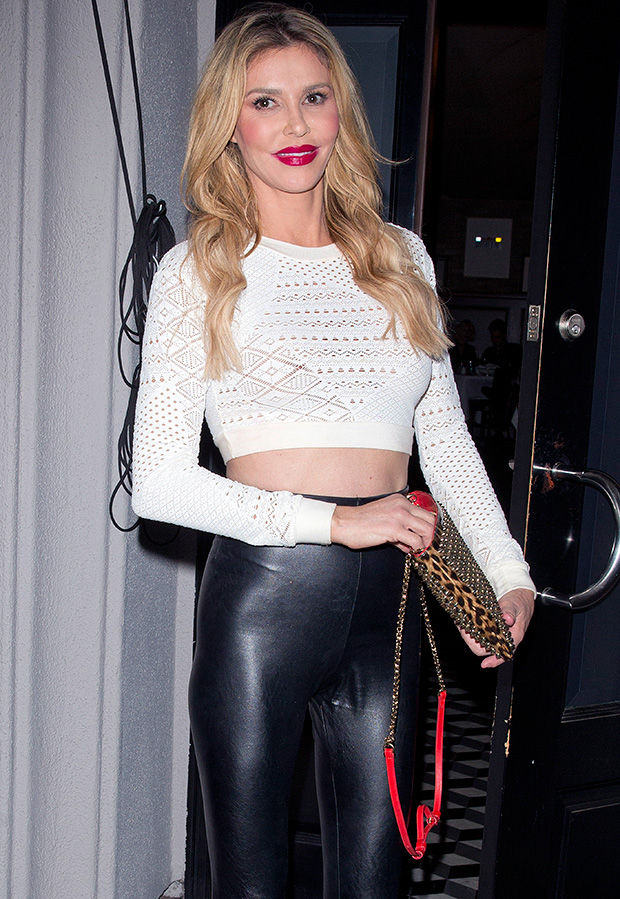 Brandi and LeAnn’s Christmas selfie marks the second year in a row that they posed for a holiday photo together. In 2019, the Real Housewives star joined Eddie, LeAnn, Mason, Jake, and other family members for a picture. “Modern Family,” Brandi captioned the shot. However, she would later point out that she did not “spend Christmas day with my ex, his wife [and] family. Had I been invited, I would have. I was simply picking up the boys, the car still running in the driveway, [and] was asked to take a quick pic.”

12/28/2020 Celebrities Comments Off on Brandi Glanville Reunites With LeAnn Rimes For Selfie After Denying Shading Her On ‘Masked Singer’
Recent Posts
We and our partners use cookies on this site to improve our service, perform analytics, personalize advertising, measure advertising performance, and remember website preferences.Ok