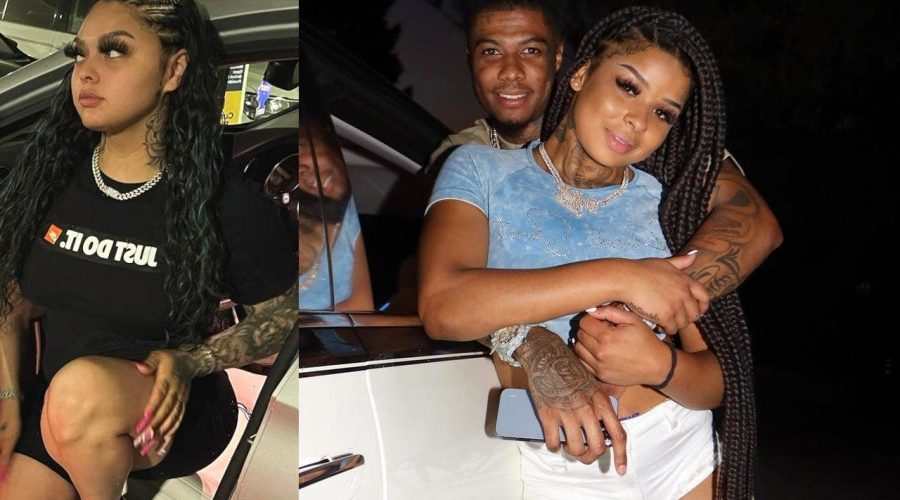 The ‘Thotiana’ rapper’s honest confession to his on-/off-girlfriend comes just a day after Chrisean claimed that he had officially asked her to be his girlfriend.

AceShowbiz –Blueface refuses to be confined to a monogamous relationship when he can be with multiple women at a time. The rapper has admitted that he’s still sleeping with his baby mama Jaidyn Alexis while dating Chrisean Rock on-and-off.

As if that’s not hurting enough, Blueface made the confession in front of Chrisean. In a new video posted on his Instagram Story, the Los Angeles-born star was talking to the camera while Chrisean was heard ranting in the background.

“Is you still f**kin her or what? Let me know,” the former Blueface Music artist asked, demanding to know. “Yea, that’s my baby momma,” he coldly answered, which further triggered Chrisean.

Seemingly not feeling guilty at all, the “Thotiana” rapper insinuated that Chrisean was pretending not to know it already. “What you mean? Like you didn’t know this,” he told her, to which she responded, “I didn’t know this.”

Blueface and Chrisean’s latest bickering comes just a day after the former claimed that she’s now officially his girlfriend. Taking to Twitter on Wednesday, August 10, she wrote, “He officially asked me to be his girlfriend today [smiling emojis] save the date august 10th 2022,” clearly rejoicing over it.

Meanwhile, Blueface recently welcomed his second child with his ex and baby mama Jaidyn. On August 5, the proud mom shared the news via Instagram by offering the first glimpse of her baby girl, who is named Journey Alexis Porter.

The photo featured Jaidyn’s hand holding the infant’s tiny leg. She captioned it with the baby’s name, “Journey Alexis Porter,” adding a heart emoji, a praying hands emoji and a Leo sign. She, however, didn’t share other details, including the exact birth date.

Blueface and Jaidyn also share toddler son Javaughn J. Porter, who was born on April 29, 2019. In an interview with Big Boy’s Neighborhood, the rapper revealed that since Javaughn’s mother worked all day throughout the week, he got to spend a lot of time with his son and as a result, has a close bond with him.