When Blake Shelton finally proposed to Gwen Stefani in late October, many fans thought it was about time the unlikely duo made things official. The two have been inseparable since meeting on The Voice in 2015, bonding over their mutual broken marriages. While the country crooner and the California girl may seem like a case of opposites attracting, their astrological signs actually prove they were fated to be together. 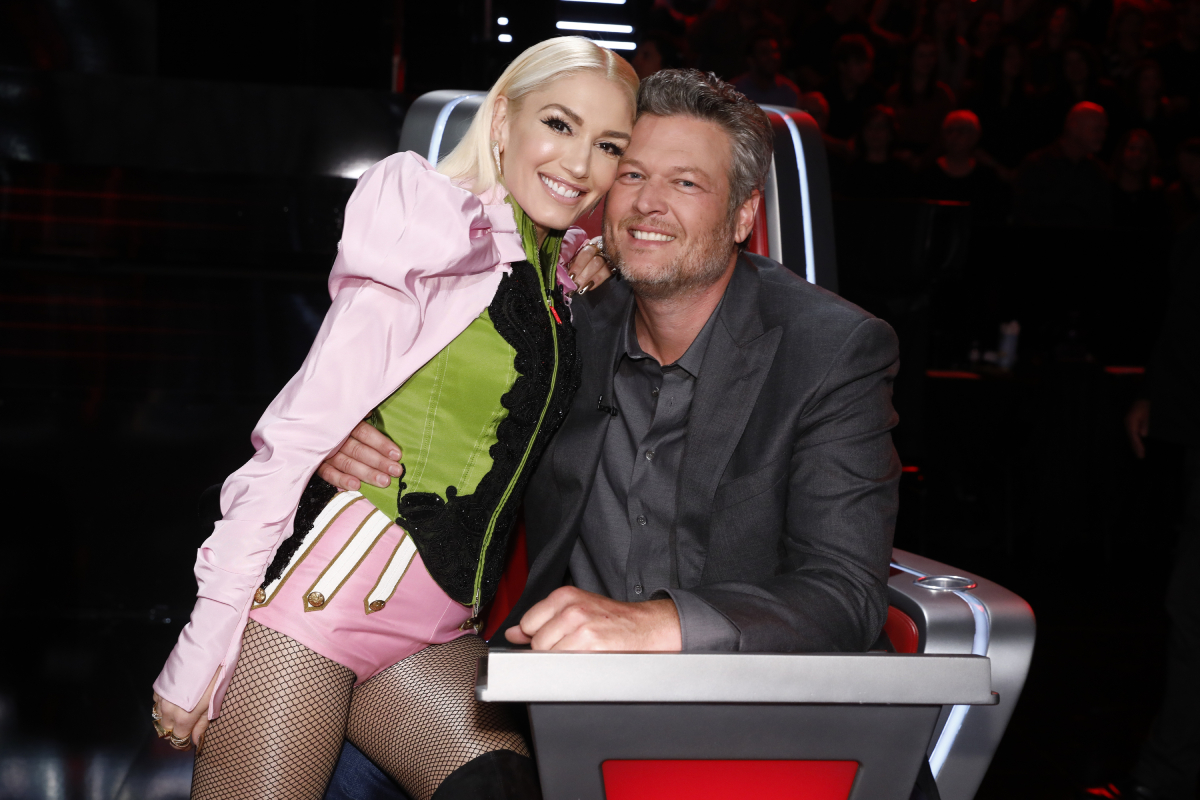 Although Shelton and Stefani did not share exactly how they spent Thanksgiving day, they did pop up on social media. Shelton shared a picture of him and his lady love writing, “What a year we’ve all had, but there is still plenty to be thankful for! Happy Thanksgiving y’all.”

In the comments Stefani replied, “Love u @blakeshelton gx.”

Although she did not share a photo of Shelton celebrating the holiday, she did share a picture of the delicious looking turkey she was cooking for their holiday meal.

On Thanksgiving eve, Shelton and Stefani made a virtual appearance at his bar Ole Red to wish competitors in a Battle of the Bands competition good luck.

“I just wanted to poke my head in and wish everybody happy Thanksgiving. That’s Gwen Stefani standing way over there. We started our cooking,” Shelton said in the video, which the restaurant shared on Instagram. “Be safe and good luck to all the battle of the banders.”

As Women’s Health reports, intuitive astrologer Rachel Lang recently broke down all the evidence that proves that Shelton and Stefani were fated to be together.

According to Lang, “they have compassion for one another and a deep spiritual connection.” This is all thanks to Shelton’s Neptune — which rules spirituality and creativity — being in a “favorable” position to Stefani’s sun.

This would also prove that Shelton would have felt safe opening up and feeling vulnerable from the very first time they met, Lang says. The couple has been very open bonding over their mutual broken hearts. Stefani was in the middle of divorcing Gavin Rossdale, while Shelton had recently split from Miranda Lambert.

Fans of The Voice have all seen Shelton and Stefani’s interactions on the show — and on social media as well — often turn flirty. Lang claims this has everything to do with their air signs. “Air signs love to discuss ideas. They learn from one another and teach one another.”

Plus, Shelton is a Gemini which means he is always able to make Stefani crack up — again, something that fans of The Voice have seen in action.

Lang also says that Shelton’s planet of communication, Mercury, is “also in Gemini and positioned at the perfect angle from Gwen’s sun.” This means that “the couple is likely to have a wide social circle. They bring people together for collaborative projects and may love entertaining together.”

Even though a social life seems like a thing of the past these days, that was not the case for Shelton and Stefani — even during the pandemic. Despite quarantining for months on his Oklahoma ranch, the couple released new music and continued to make appearances on talk and awards show.

Fans can catch the fated couple’s flirty relationship on The Voice, Monday and Tuesday nights on NBC.

11/30/2020 Celebrities Comments Off on Blake Shelton and Gwen Stefani Were Always Destined to Be Together — Their Astrological Charts Prove It
Recent Posts
We and our partners use cookies on this site to improve our service, perform analytics, personalize advertising, measure advertising performance, and remember website preferences.Ok