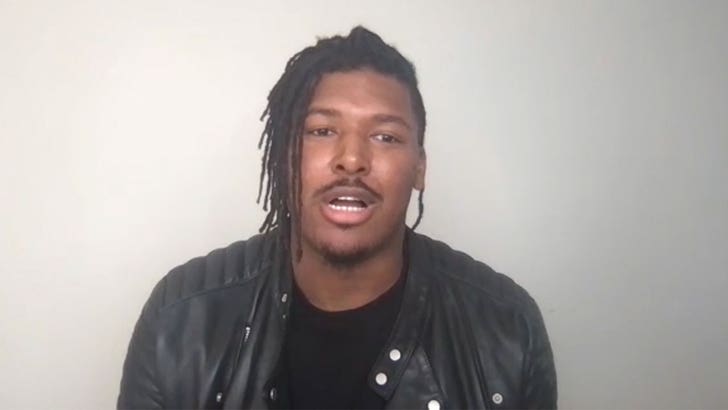 Ryan Russell, an openly bisexual NFL free agent, tells TMZ Sports he was sickened by Jon Gruden‘s racist and homophobic comments … and the incident serves as proof the NFL has much work left to accomplish.

“I was deeply upset, shocked, appalled even that a leader of an organization, a leader of young men, football culture in general, would have so many negative, derogatory, hateful really, discriminatory things to say about so many different kinds of people,” Russell says.

29-year-old Russell — a 5th round draft pick of the Cowboys in 2015 — has an interesting perspective. The DE announced he was bisexual in mid-2019.

So, despite players like Carl Nassib and Russ being open about their sexuality, has progress actually been made within the league?

“I think there’s definitely been progress” … just nowhere near enough.

“We’re not done yet. There’s much further we need to go, and much more we need to do. There’s still work that needs to be done.”

Of course, Gruden resigned days after the emails came to light. He’s since been taken out of the Bucs’ (where he won a Super Bowl) ring of honor. He’s also been dropped by Sketchers — his biggest individual sponsor.

As for Roger Goodell and the NFL’s power structure … Ryan has some advice on how to move forward.

“Putting ‘End Racism’ on the field in paint means nothing if it isn’t painted within your staff, if it’s not painted within the bread of your organization, your foundation,” Russ tells us.

“They are capable of this change. People aren’t asking for anything that is beyond the NFL’s capability. And, that they just take the time and just be intentional with everything that they do moving forward to really breed inclusivity and diversity for all.”