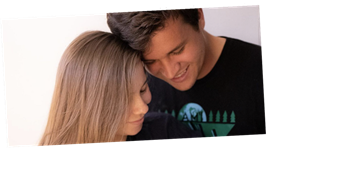 Congratulations are in order for Bindi Irwin and her husband, Chandler Powell.

The newlyweds welcomed their first child together, a daughter named Grace Warrior Irwin Powell, on March 25 (which happens to also mark their first wedding anniversary!).

"March 25, 2021. Celebrating the two loves of my life," Irwin, 22, began in a heartfelt Instagram post showcasing the new family of three. "Happy first wedding anniversary to my sweetheart husband and day of birth to our beautiful daughter. ❤️ Grace Warrior Irwin Powell. Our graceful warrior is the most beautiful light."

Irwin went on to explain that they chose a first name that had ties to both her great-grandmother and Powell's ancestors. But the newborn's middle names pay tribute to Bindi's late father, zookeeper and TV personality Steve Irwin.

"Her middle names, Warrior Irwin, are a tribute to my dad and his legacy as the most incredible Wildlife Warrior," Irwin wrote.

Bindi's father passed away unexpectedly in 2006 after an accident involving a stingray.

"There are no words to describe the infinite amount of love in our hearts for our sweet baby girl," Irwin continued. "She chose the perfect day to be born and we feel tremendously blessed."