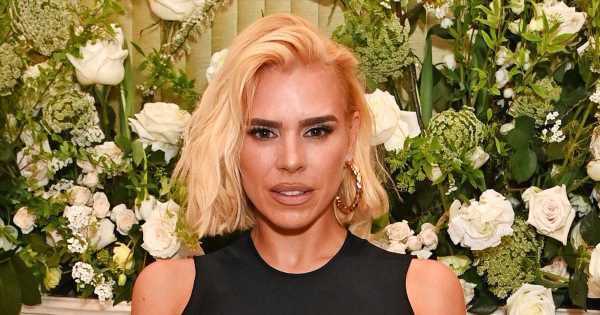 Billie Piper has reportedly been rushed to hospital after sustaining a back injury on the set of the second series of I Hate Suzie.

Sky Max's I Hate Suzie Too sees the character, a child star turned actress, beginning a new job on Dance Crazee to support her son Frank, played by Matthew Jordan-Caws.

The 39 year old actress, who was recently compared to Jennifer Garner at the BAFTAs, is said to have hurt her back while filming the Strictly Come Dancing-esque scene last week.

It's been said that Billie sought medical attention after hurting herself "quite badly" while attempting the routine. A source told The Sun: “It was a case of life imitating art as she found out just how challenging taking part in a contest like this can be.

"Billie hurt herself quite badly trying to master some challenging moves and it was decided it would be best if she went to hospital to get checked out properly."

The insider insisted that she was "fine" in the end, but the "setback will have some impact on filming". "That will be a double blow for Billie as she’s not just the lead star but also co-created the show," they added.

The news comes as the former Doctor Who star recently ditched her blonde tresses for a jet black 'do. Taking to Instagram Stories, the star unveiled the dramatic hair transformation to her 475,000 followers, captioning the snap “emo glow up” and tagging in her hairdresser John MacPherson.

Naturally several fans took to Twitter to discuss Billie’s major hair change, with one tweeting: "Billie Piper has black hair omg I've never seen her like this before".

Meanwhile another joked, "Love how Billie Piper has dyed her hair dark so nobody recognises her now”.

Of course, Billie isn’t the only person to undergo a major hair change recently as Love Island host Laura Whitmore was another to ditch her trademark blonde hair, but this time in favour of a pastel pink hue. First spotted with the new hue after jetting back into Majorca ahead of her presenting duties, the 37 year old was seen out and about with the temporary colour before entering the famous villa with the new shade on-screen.

However, the colour change was a temporary measure as she was soon back on our screens for Aftersun without her new pink hair.