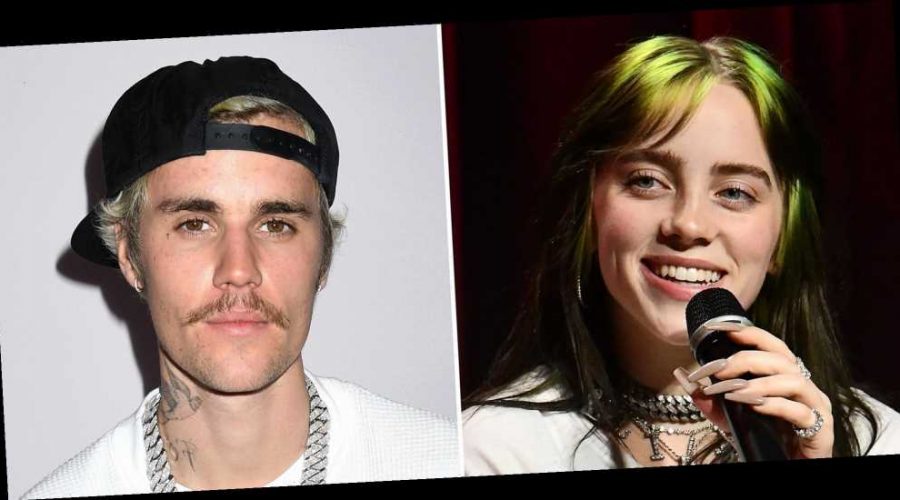 Billie Eilish's new documentary, The World's a Little Blurry, just dropped on Apple TV+, and among the revelations from it come the sweet story of how Eilish met Justin Bieber.

In 2019, Eilish met Bieber, her idol, the night after her set at Coachella. As anyone would do while meeting an idol, Eilish runs away upon meeting him, hiding her face — then hugged Bieber and cried into his arms.

"He just stood there and looked at me," she said while recounting their meeting, and began to cry again. "With his eyes!"

During the documentary, Eilish also shows a sweet message he sent her.

"It's moments like tonight where I'm reminded what I mean to people," Bieber's text read. "Your love for me touched my heart. You are so special, not for what you can do, but for who you are. Remember that. I'm so impressed by your aura and presence. You carry a heavy calling. You are an idol to so many. I'm excited to watch you flourish. You are beyond special. Thank you for tonight. It meant just as much to me as it meant to you."

Eilish's mother also discussed how much her daughter loved Bieber growing up: "She was lovesick and desperately in love with Justin Bieber. The whole family went to see Believe or Never Say Never on Christmas day. We all thought he was amazing."

Bieber also makes another appearance later in the documentary after Eilish won five Grammy Awards in 2020. Backstage, Eilish is seen receiving a FaceTime call from him, asking, "Was it amazing? How did it feel? I'm so proud of you."