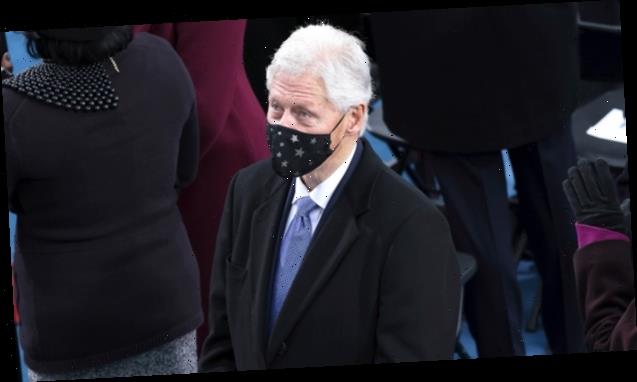 Bill Clinton chose the wrong time to close his eyes during Joe Biden’s inauguration speech. The former POTUS appeared to be taking a catnap during a televised cutaway shot at the ceremony.

Former President Bill Clinton has had two inauguration ceremonies of his own, and he also attended those of his successor George W. Bush, followed Barack Obama. So when it came time for President Joe Biden‘s turn, the now 74-year-old seemed to close his eyes for a bit of rest as the new POTUS spoke. The moment was caught during a quick cutaway amid Biden’s speech where Clinton’s eyes were closed.

Bill’s eyelids did flutter a bit while appearing shut, so he didn’t appear to be completely asleep. Maybe he was just protecting his eyes from the mid-day Washington D.C. sun? Or possibly saying a moment of personal prayer and giving thanks now that Donald Trump‘s presidency has officially come to an end? But folks on Twitter thought that Bill was dead asleep.

Bill and former Secretary of State wife Hillary Clinton, 73, were seated behind outgoing Vice President Mike Pence, 68, who unlike his former boss Trump was there to watch the peaceful transition of power from one administration to another. Next to him was Bush and wife Laura, and all seemed to be listening intently to Joe’s speech declaring that without unity there is no peace. 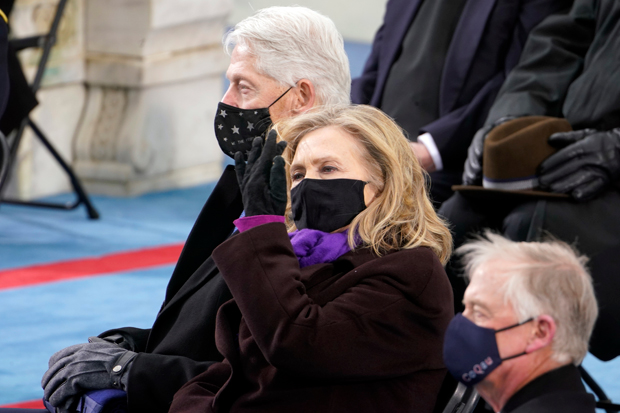 It was a long but majestic morning for all involved. Jennifer Lopez  sang “America the Beautiful” and “This Land Is Your Land”  — with a touch of “Let’s Get Loud —  ahead of the swearing in, as Lady Gaga delivered a brilliant rendition of the National Anthem. That alone made for quite an event, and Joe’s speech and swearing in was yet to come. So maybe Bill just did need a little catnap and if it wasn’t for the televised cutaway, his sleepy appearance might have gone unnoticed.

The Clintons later gathered with Biden, Bush, Obama, Vice President Kamala Harris and their respective spouses as our new POTUS laid a wreath at the tomb of the unknown soldier in Arlington National Cemetery. Hopefully Bill’s catnap helped get him rested and able to continue his day with more energy!