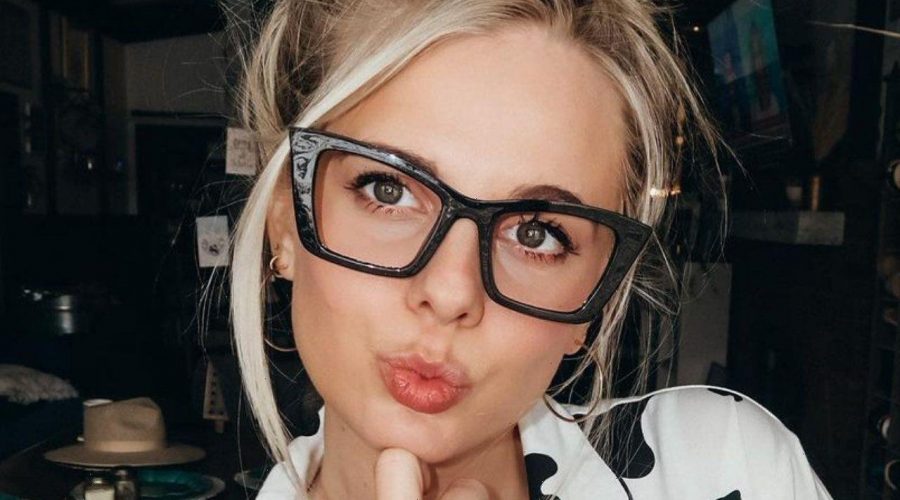 The ‘Big Brother: All-Stars’ winner reveals that she was ‘scared’ because she’s ‘bleeding pretty heavily’ and thought she’s ‘hemorrhaging’ after giving birth to her son Victor ‘Arrow’ Arroyo IV.

AceShowbiz –Nicole Franzel has gotten candid on her postpartum health scare. During a Q&A session, the “Big Brother” winner revealed her terrifying emergency room visit due to heavy bleeding days after giving birth to her first child.

On Thursday, August 5, the first-time mom, who welcomed son Victor “Arrow” Arroyo IV with husband Victor Arroyo III on July 23, took to her Instagram Story to answer her fans and followers’ questions. Responding to a fan’s question on how her “recovery from her c-section” was going, the 29-year-old wrote, “It’s pretty good! I ended up bleeding pretty heavily and thought I was hemorrhaging since I was going through pads so quickly and went to the ER a few days ago.” 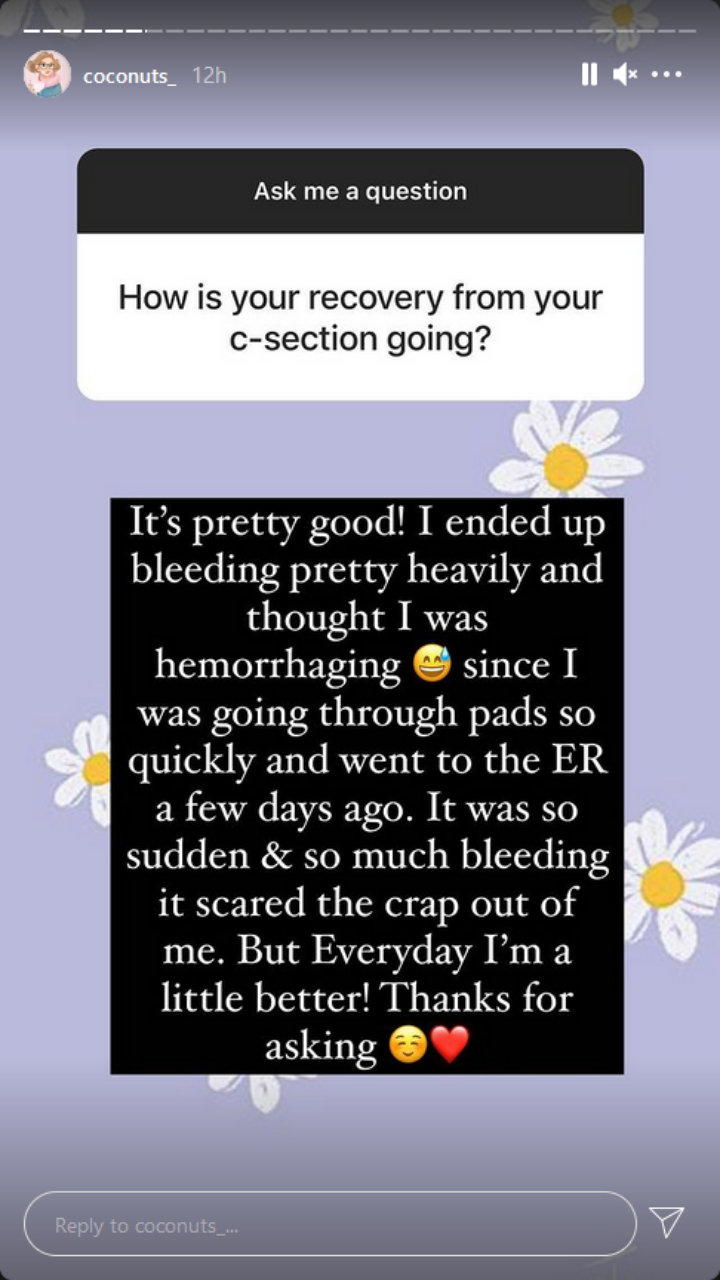 Nicole Franzel revealed that she went to ER after heavy bleeding during an Instagram Q&A session.

“It was so sudden & so much bleeding, it scared the crap out of me,” Nicole explained. The TV personality went on to reassure her fans and followers that she is fine now and she currently recovering, saying, “But everyday, I’m a little better. Thanks for asking!” As for her c-section itself, Nicole admitted it was “SO FAST and so easy.” The new mom added, “I literally can’t believe it.” She then noted, “For those of you with a planned cesarean DO NOT FRET!!!!!!”

Elsewhere during the “ask me a question” session, a fan asked her if she experienced any “postpartum depression.” Nicole divulged, “So far I haven’t had any. I’ve definitely been watching out for it since so many do experience it and I think having anxiety is a risk factor.” 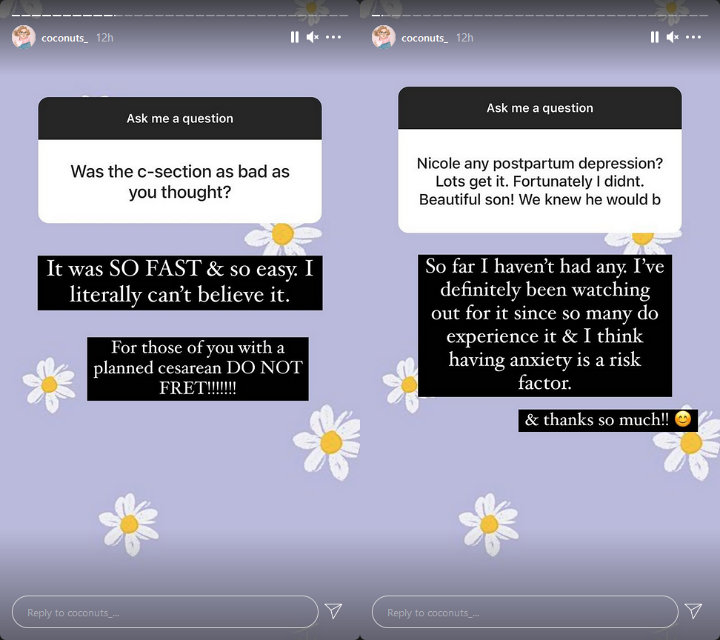 Nicole also gave a sweet update on her newborn in the following clips she shared to her Stories. “Arrow is doing really, really, really, really good,” the “Big Brother: All-Stars” alum noted. “He just loves his Mommy and his Daddy and just wants to be held by them,” the proud mama said.

“He’s not big, he’s only about seven pounds now, but he’s really strong. I’m not kidding, he lifts his head,” Nicole continued. She also mentioned that her baby boy “thinks he can hold his own body weight for sure” and added the adorable fact that he can “break out of any swaddle.”