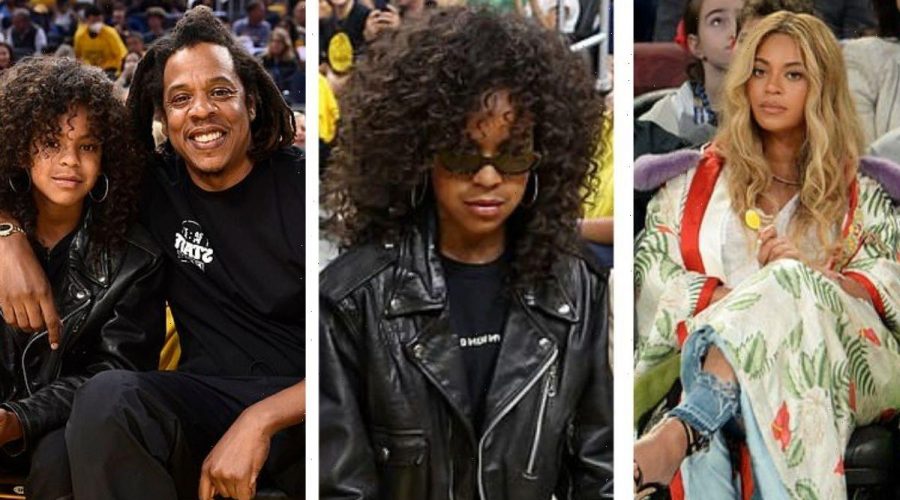 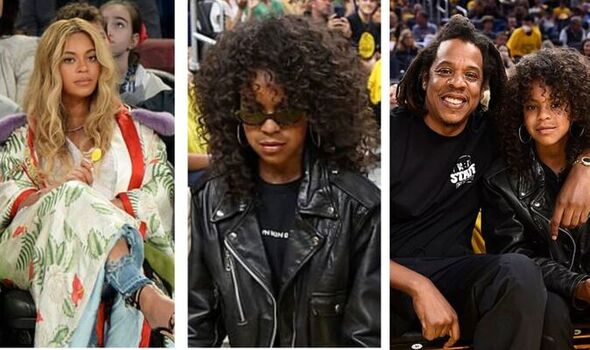 Blue Ivy, the daughter of superstar parents Beyonce and Jay Z, is upping the ante in the diva stakes

During an emotional moment seated with his ten-year-old daughter at the NBA Finals match in San Francisco yesterday, Jay-Z, 52, leaned in for a sweet father-daughter kiss.

However, a sheepish looking Blue Ivy simply pulled away and laughed.

Jay-Z holds the joint title for the most Grammy Awards an artist has ever received, rivalled only by Kanye West.

Yet his daughter’s nonchalant reaction was worlds away from the reception he typically receives from hordes of adoring fans.

Journalist Philip Lewis shared a video clip of the embarrassing moment, joking: “To us: Jay Z, the all time rap legend; To Blue Ivy: embarrassing dad.”

Beyoncé’s daughter also wowed fans with her grown-up transformation at the event, with many commenting that she now looks just like her famous mum.

Jay Z leans in for a kiss with Blue Ivy

Jay Z affectionately turned his head to give his daughter a kiss, but video footage revealed that she quickly turned away

Jay Z’s wife Beyonce gave birth to Blue Ivy just a decade ago, and it seems she is already developing a superstar mindset

Jay Z clutches his daughter in a moment of emotion

As the action heated up in San Francisco on the NBA pitch, Jay Z clutched his daughter, but she wasn’t keen on a kiss – and fans suggested she was worried about him messing up her immaculate hair