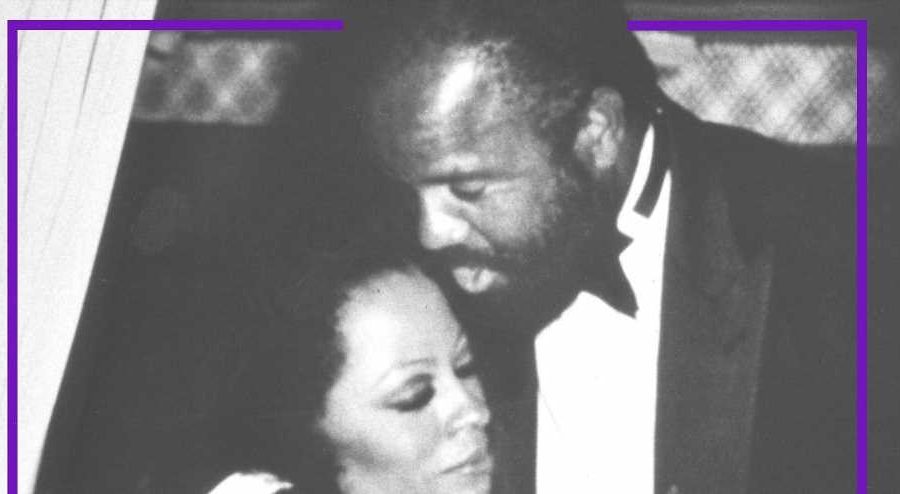 How They Met: Ross and her singing trio, The Primettes, sought out Gordy and Motown around 1960, when the members were still in high school. Though Gordy was impressed by the group — as well as Ross, its "whiny" lead singer — he refused to sign them while they were still in school.

The Primettes returned and sang background on a number of Marvin Gaye's songs. Ross even worked as Gordy's secretary for the summer — a job she was ultimately fired from.

"She was so bad as a secretary that I had to let her go," Gordy told Rolling Stone. "You know, my messages were mixed up and everything."

The Primettes were eventually signed in the early '60s, but under a new name: The Supremes. "I'm very lucky to have Berry," Ross told Rolling Stone in 1973. "He decides what's best for me to do. I give him total responsibility for those decisions. It makes it hard on him, I know, but he takes the time to really make sure he doesn't make a wrong decision for me. He's had this kind of a relationship with every other group, but I'm the only person that's really let him have total control."

Though it would reportedly be years before things between Gordy and Ross would turn romantic (at some point after his 1964 divorce from Ray Singleton), the Motown founder admittedly always prioritized the singer over bandmates Mary Wilson and Florence Ballard.

"I made the choices of who sung lead, and my opinion was always that Diana had the magic and Mary [Wilson] didn't," Gordy told Rolling Stone in 1990. "But Mary felt that she should be the one, and I said no and then, of course, favoritism was charged. And it was perhaps favoritism, because Diana was a favorite of mine. But she had the talent to justify that favoritism."

Or, simply put to Playboy: "Everybody knew Diana was my baby."

When Ross left The Supremes in 1970, she and Gordy continued to collaborate — both in music and film. Gordy served as executive producer on Ross-led Billie Holiday biopic Lady Sings the Blues and went on to direct the multi-hyphenate in Mahogany. Why We Loved Them: Say what you will about the pair, but one thing was certain: Gordy was madly in love with the singer.

"It's very clear why I fell in love with Diana," Gordy told Vanity Fair in 2008. "She was my star, and she came from the bottom up. With her it was not only fun, it was just like heaven working with her because she would surpass anything … and she always kept her self-esteem. She always told me, 'If you think it, I can do it.' And she did."

But Gordy's love for Ross didn't always translate the way he'd hoped … In fact, it was all a bit too much the first time he and the chart-topping icon were intimate. "That first night, I tried to make love to her and it didn't happen," he told Rolling Stone of his debut, er, performance. "That was like the most embarrassing thing of my life."

"When you think of someone as a princess, the queen of your life, your mind plays tricks on you," he went on.

When They Peaked: Gordy told Vanity Fair that he and Ross shared a meaningful nickname.

"For Black people, bigotry was a fact of life. We grew up with that — that's why Diana and I started calling each other 'Black,'" he explained. "No one wanted to be called Black at that time — 'Black' was considered a negative word in the '60s among the people we knew. This was before Black was beautiful … I said, 'A word is a word, and I want 'Black' to mean love.' Diana called me 'Black' and I called her 'Black.' We wanted people to be proud of being Black." Years into their personal and professional relationship, Gordy and Ross agreed to stop seeing each other.

"Diana and I are the same kind of people," Gordy told Barbara Walters when she asked why he and Ross never married. "She wanted what I wanted. We set out to get it and we vowed never to let our personal relationship affect it … I loved her, but I wasn't selfish enough to want to marry and take her out of what I knew she had to have. She had to have that stardom up there."

Expanding on that sentiment in a different interview, Gordy said that while he was in love with Ross, he was "more in love with her becoming the biggest star in the world," citing that as the reason behind their split. "I said if this is going to get in the way, we can't do it." Still, Gordy and Ross had a habit of finding their way back to each other.

In late 1970, after they'd split, the two shared a night together that was evidently more successful than their first … Nine months later (give or take), Ross welcomed daughter Rhonda.

A month or two into her pregnancy, Ross had wed Bob Ellis, who was presumed to be Rhonda's father.

"When she had the child we had no idea that it was mine," Gordy told Walters. But as Rhonda grew, her resemblance to the mogul failed to escape his notice. "Diana and I discussed it and we realized that it was indeed my child." Ross shared the revelation publicly during an appearance on The Oprah Winfrey Show in 1993. Rhonda herself didn't know Gordy was her biological father until she was 13.

"She felt that the child should not know anything until she was able to handle it and understand it," Gordy told Playboy of Ross's decision to hold off in telling Rhonda about her true paternity. "She made a wise decision, because when she did tell her, Rhonda was able to handle it well."

Still, Rhonda appeared to have her own suspicions. "The bottom line was, I looked just like [Gordy], and my sisters looked just like their father, a 6-foot-tall Jewish American man," she told the New York Post. Where They Are Now:

Gordy, a father of 8, welcomed his youngest son, Stephen (otherwise known as Redfoo of LMFAO fame) in 1975 with then-girlfriend Nancy Leiviska. The producer married his third wife, Grace Eaton, in 1990. They divorced three years later.

After decades of success, Gordy finally retired in 2019, at the age of 89.

Ross and Ellis welcomed two more children together (Tracee Ellis Ross and Chudney Ross) before separating in 1977. The performer went on to briefly date Gene Simmons before she wed shipping magnate Arne Næss Jr. in 1985. Ross and Næss share two sons: Ross and Evan, both 33. The couple divorced in 2000.

Ross will be releasing Thank You, her first studio album in 15 Years, on Nov. 5.

#TBT: Check in every Thursday as we throw it back to some of our favorite celebrity couples of all time.