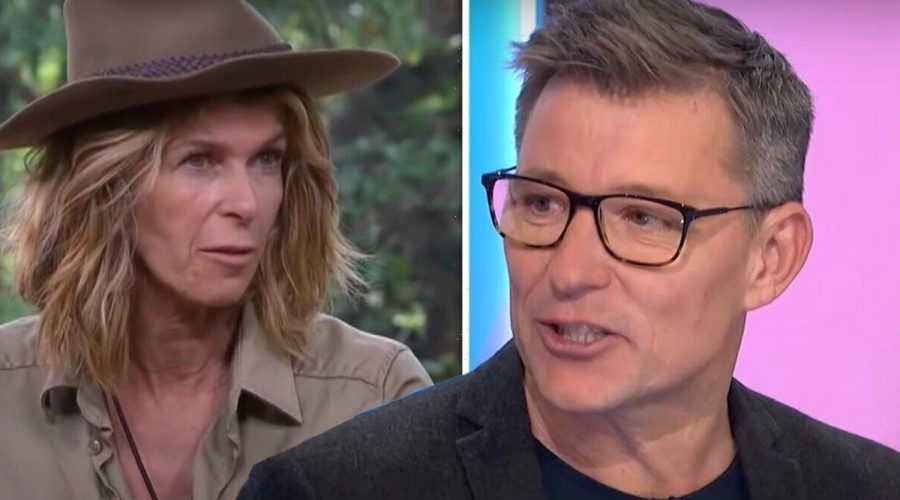 Ben Shephard says Kate Garraway is 'bonkers as ever'

Ben Shephard is no stranger to watching his Good Morning Britain co-stars take part in I’m A Celebrity…Get Me Out Of Here! after both Richard Madeley and Kate Garraway took part. Unfortunately, Richard’s jungle stint didn’t last very long last year when he was rushed to hospital after just four days.

However, Kate was far more successful and made it into the final four when she joined the camp in 2019.

In an exclusive interview with Express.co.uk, Ben revealed that watching his best friend in the jungle tempted him to give it a go himself.

He said: “When Kate did it, it’s really fascinating to get that inside track.

“It’s interesting to understand what it is like when you are in the jungle and the stuff that we don’t see.

“After she did it, it’s the first time I’ve ever thought, ‘Oh do you know what that looked quite nice’.

“Sitting in the jungle for a couple of weeks, no phone, sun shining, the odd dodgy thing to eat and some good fun challenges to do.

Nevertheless, almost as quick as he made the declaration, the grim reality of life inside the jungle became a realisation.

He laughed: “I say that now obviously from the safety of my dressing room.

“I think the thing I would struggle with most is the sleeping, I couldn’t sleep in a hammock with my back, I’m too broken! I need something decent and flat to lie on.”

This year, Ben enjoyed watching a few of his pals in the camp, namely Mike Tindall and Chris Moyles.

As the 2022 series draws to a close, Ben gushed that Mike did “amazing” and was “like a great big dad” in the camp.

The son-in-law of Princess Anne narrowly missed out on a place in the final as he was pipped to the post by Matt Hancock, Owen Warner and Jill Scott.

Lioness Jill Scott was then crowned Queen of the Jungle after winning the hearts of the nation.

It comes after Ben motivated others to exercise when he hosted the FORTIS Championship final earlier this month.

As a Speedflex Ambassador, Ben joined 16 teams who defeated more than 700 from Everyone Active centres in Harrow Lodge, Basildon, Watford, Spelthorne and Fareham.

Ben said it was a “great” experience and praised that the workout is suitable for everyone from “professional rugby players and footballers” to “Paralympians, new mums and pensioners”.

FORTIS is dubbed “a HIIT workout like no other” as the high octane, low impact challenges ensure you are working really hard without the pain the next day.

You can find out more here.