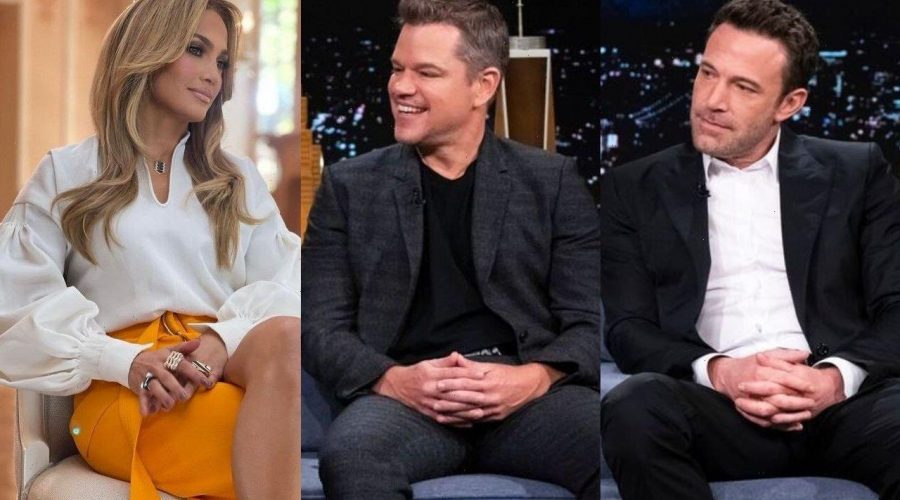 The ‘Argo’ actor is spotted getting into a private jet with his children and actor friend instead of going on a romantic getaway with his new wife following their lavish wedding.

AceShowbiz –Ben Affleck allegedly jetted off with Matt Damon on Sunday instead of going on a romantic honeymoon with Jennifer Lopez after the couple’s second wedding. Along with Ben’s three children – Violet, 16, Seraphina, 13, and 10-year-old Samuel, lifelong friends Ben, 50, and Matt, 51, were spotted getting into a private jet on August 21 at an airport in Georgia.

As he packed his friends and family onto the aircraft, Ben was pictured looking exhausted with a beard following his three-day wedding celebration with JLo, 53. Matt was joined by his wife, Luciana Barroso, with whom he flew into Georgia last week for Ben and JLo’s wedding party.

Ben’s ex-wife Jennifer Garner did not attend Ben and JLo’s nuptials due to a reported scheduling conflict, while the actor’s brother Casey also didn’t turn up as he is said to have had previous family commitments. Casey Affleck did not attend the wedding because he apparently had to take his son Atticus, 14, to soccer practice.

Newlywed Jlo was reportedly in the SUV that brought her husband to the airport, but was not visible in photos of him on the runway and it has been reported she did not take a trip with Ben and Matt.

The couple, known as “Bennifer”, exchanged vows for the second time on Saturday with a lavish white-themed wedding after secretly saying “I do” in Las Vegas. The ceremony was held at the groom’s estate in Riceboro, Georgia, with guests including Jimmy Kimmel, talent agent Patrick Whitesell, Australian model Pia Miller, and “Jay and Silent Bob” actors Kevin Smith and Jason Mewes, with whom Ben has appeared in a series of films.

The pair met in 2001 on set of the film “Gigli” while JLo was married to her second husband, Cris Judd. After she and Judd separated in 2002, JLo started dating Ben, and he even proposed to the singer later that year.

They infamously called off their engagement in 2004 and marrying other people, with Ben getting hitched to Jennifer Garner, and Lopez marrying Marc Anthony, with whom she shares 14-year-old twins Max and Emme.

When things didn’t work out with either spouse, the pair rekindled their relationships in 2021, in what was dubbed “Bennifer 2.0”, with Ben proposing in April.