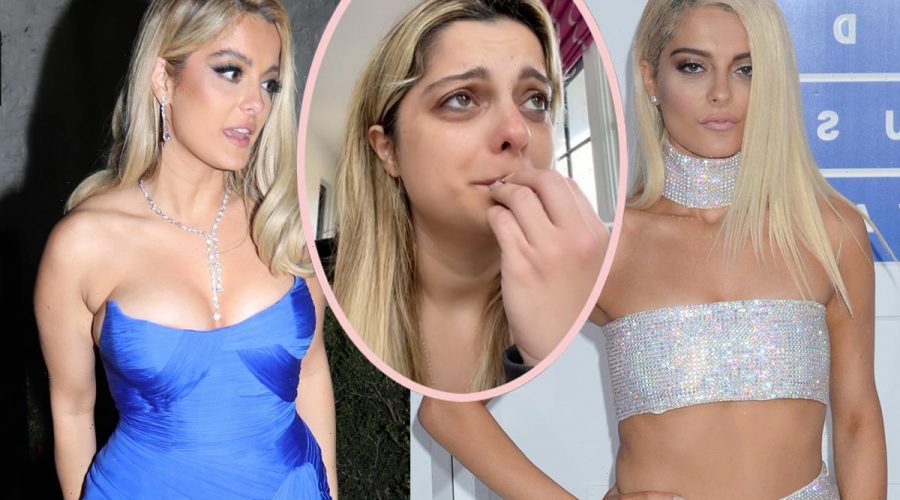 Wow, this was so much realer than we expected…

Bebe Rexha took to Tiktok this week to give fans what she called an “honest update” — all about her body image, her mental health struggles, her holiday issues. It’s really heartbreaking stuff, and it’s all too real.

Then the makeup free pop star revealed what was bothering her:

“I think I am the heaviest I’ve ever been. I weighed myself just now, and I don’t feel comfortable sharing the weight ’cause I feel embarrassed.”

It was then the singer had to fight back tears, saying:

“Not just about that. I just feel like disgusting, you know, in my own body.”

Oh no… She added, after a quick edit in which she pulled herself together:

The 32-year-old went on to admit she doesn’t know how to “help herself” or “love herself” anymore.

OK, sorry, no. Just no. First off, gurl, you are NOT disgusting. We feel you, we completely relate to feeling this way, but you are not disgusting. You are beautiful.

It’s totally OK to feel bad every now and then, just as long as you never forget for too long — you are Bebe f**king Rexha, and you are fabulous.

Need another reminder? Just take a look at this — pics from Paris Hilton‘s wedding. Just look how glam! That girl right there is a SHOW. STOPPER.

And this! We mean… DAMN.

Look, there’s probably nothing we can say that will help. We’ll just offer this: you are AH-Mazing and you’re  just as fab right now as ever.

But don’t take our word for it, we’re fans. Just listen to these wise words instead:

“Honestly, just do you. Wear that bathing suit. Wear that bikini. Even if you gained those five pounds or you lost too much weight, or you have the stretch marks, wear the bikini. Who cares. Who cares. You’re gonna look back in 10 years and say, ‘Wow, I was so hot.’”

You know who said that? Bebe f**king Rexha did, speaking to ET about body positivity back in July. And she couldn’t have been more right.

We know Bebe’s words probably hit close to home for even more people than usual right now, it being nearly two years into a pandemic AND at the tail end of the holidays. But take other Bebe’s word for it: you are a stone cold beauty, and future you will look back and realize it. So go ahead and be future you now.