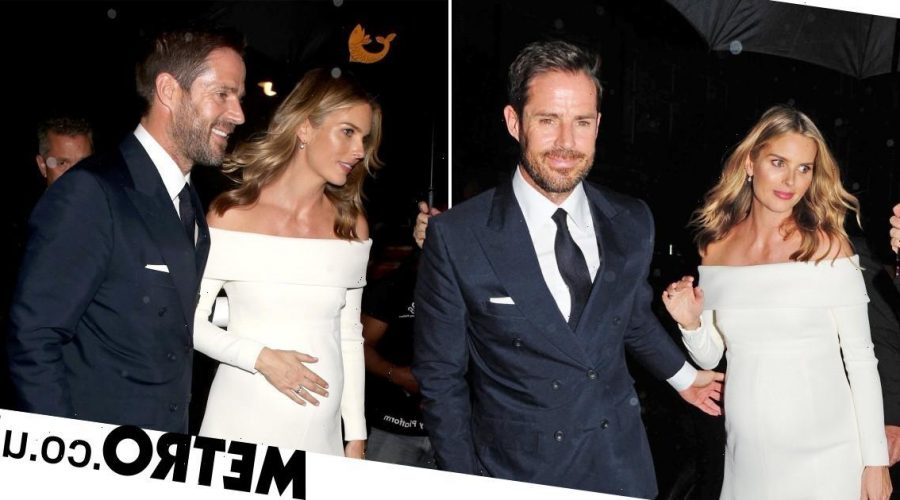 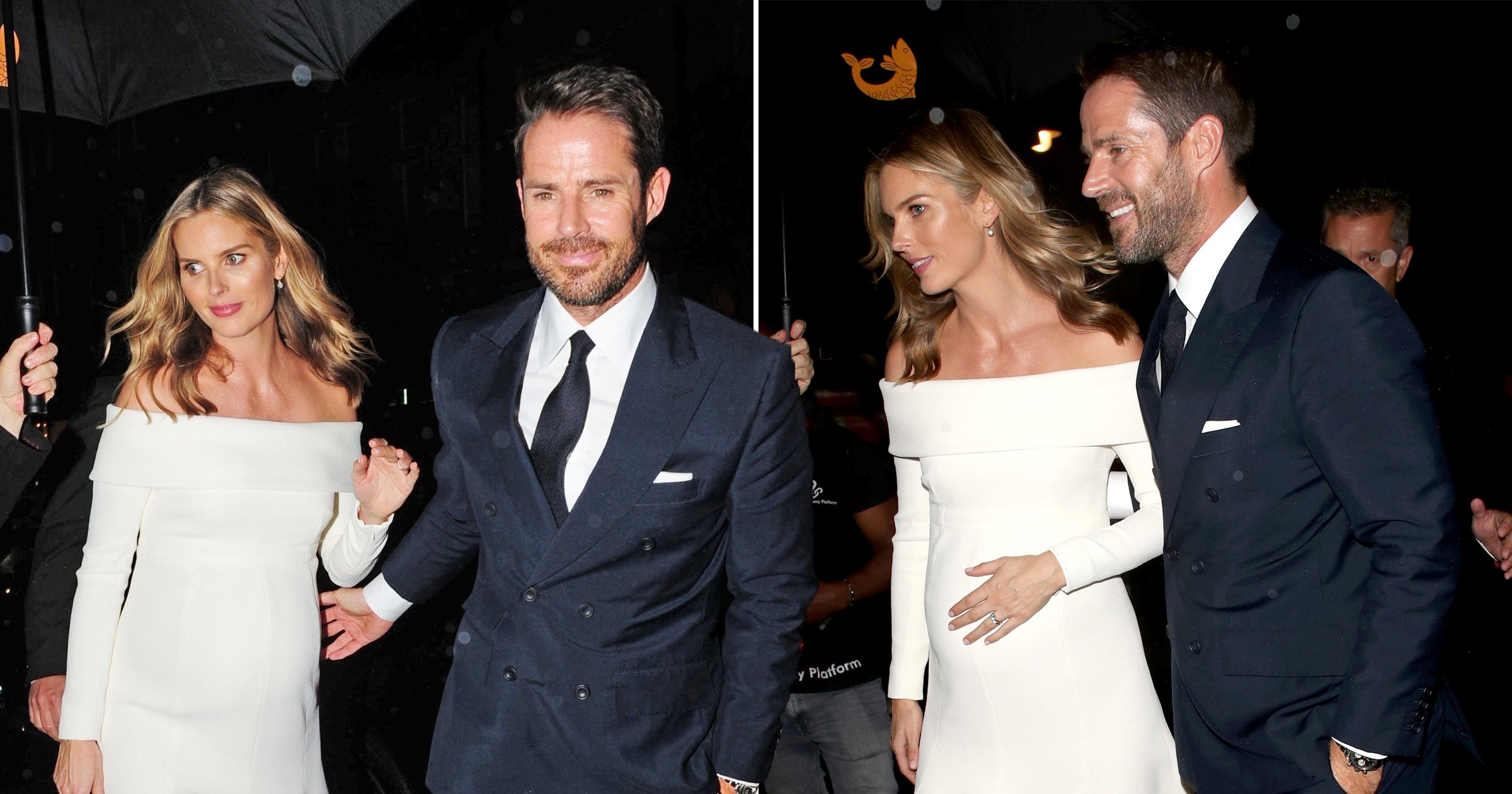 Jamie Redknapp and Frida Andersson beamed with joy as they celebrated in London after reportedly getting married.

The former footballer, 48, is thought to have married the model, 37, in a low-key wedding, surrounded by their closest friends and family.

Following the ceremony, the dad-of-two didn’t let the dreary rain dampen his spirits as he made his way into Scott’s, in London, beside his pregnant partner.

Jamie looked dapper for the bash in what appeared to be the same navy suit he was pictured leaving Chelsea Registry Office in, earlier in the day.

While Frida, who is pregnant with the couple’s first child, was still wearing the stunning, off-the-shoulder white dress and those matching shoes.

It proved to be a family night out with Harry Redknapp and wife Sandra joining the lovebirds for the party.

Our invite must have got lost in the post…

The happy couple were pictured leaving a registry office earlier this afternoon, but have yet to speak publicly regarding their reports of their nuptials.

It has been reported that the A League Of Their Own star’s sons Charley and Beau, who he shares with ex-wife Louise, were also in attendance.

Jamie and Frida started dating last year, and have chosen to keep their relationship largely out of the spotlight.

It was revealed that they will introduce their first child together later this year, with an insider revealing that they are set to welcome a baby boy.

‘Jamie and Frida were thrilled to learn they are expecting a boy. They’ve told their children and families,’ the source told the Sun.

‘Everyone just wants the little lad to arrive now. And just in time for Christmas… it couldn’t be more perfect.’