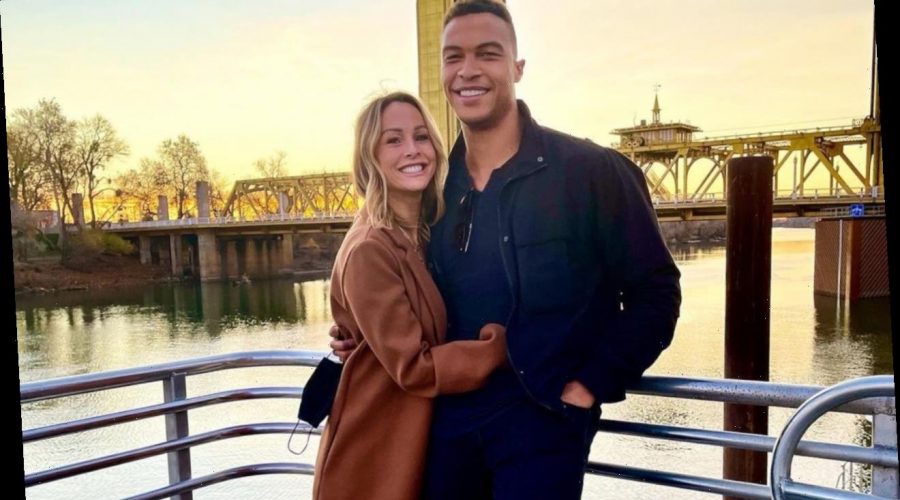 The Sacramento-based hairstylist and the former football player are pictured hanging out at a bar in Nokomis, where they reportedly share a hug a few times.

AceShowbiz -It seems that Clare Crawley and Dale Moss are not completely over each other just yet. Three weeks after the former “The Bachelorette” contestant confirmed their split, they have been spotted hanging out together again in Florida.

In a video taken by an onlooker and posted by RealitySteve, the exes were seen walking side by side as they crossed the street in Venice on Tuesday, February 16. Clare was wearing a white tank top and black pants while Dale donned a brown T-shirt and black pants.

On the same day, the pair were also hitting Nokomo’s Sunset Hut in Nokomis. In pictures obtained by TMZ, the Sacramento-based hairstylist and the former professional football player were seen ordering drinks at the bar.

According to an eyewitness, Clare and Dale downed a couple of Moscow mules as they hung out by the bar for about 45 minutes. They reportedly even hugged a few times, though it wasn’t captured by the camera. The two then left together and walked down the waterfront.

Dale took to Instagram in January to announce that his relationship with Clare hit rock bottom. “I wanted to share with you all that Clare and I have decided to go our separate ways,” he declared at that time. In response to his announcement, his 39-year-old ex spoke up a few days later and admitted that she was “crushed” and “still trying to process” it.

Speaking to paparazzi post-breakup announcement, the 32-year-old stated that he expected to “be cool” with his ex Clare as time passed by.

Dale later further opened up about his failed romance via Instagram Story, stressing that “there’s no one person to blame in this situation.” He explained, “Like every relationship, we’ve had our ups and downs and have gone through our things, but the statements that have come out didn’t come out of nowhere.”