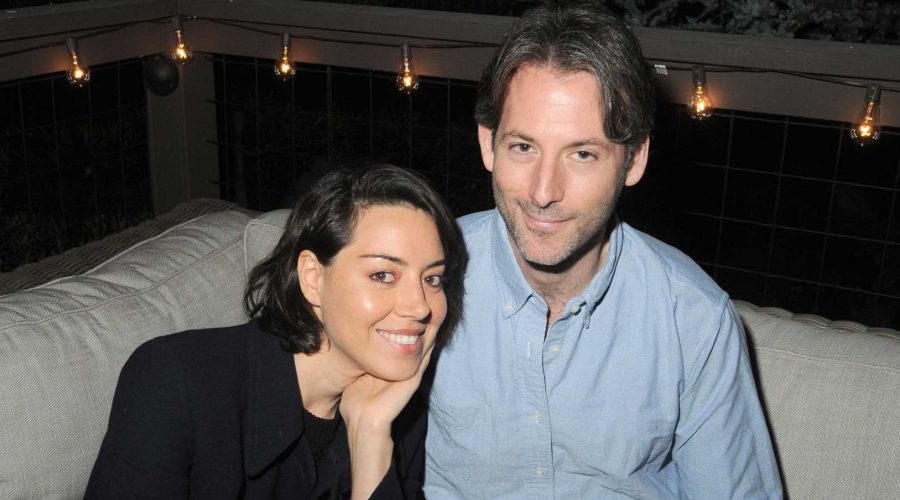 Our beloved April Ludgate from Parks and Rec has serious range: Aubrey Plaza (who was Cosmo‘s Holy Grail Issue cover star in 2022, NBD) is one of the most underrated actors of our time. As we await her (sure to be incredible) role in season two of The White Lotus as well as any other cool projects she has in store (director Edgar Wright thinks she should be the next Lara Croft, which, YES), let us explore her equally cool husband, shall we?

Her hubs is also her long-time collaborator Jeff Baena, who’s worked with her on The Little Hours, among other projects. He’s got a fun, low-key energy, but he’s made some really interesting and totally varied projects (from a zombie rom-com to psychotic sweary nuns—the man has a lot of ideas!). He and Aubrey don’t talk much about their relationship, but from what we can piece together through interviews and social media hints at an ~adorable~ coupling. Oh, and the internet *exploded* when they quietly announced they were married—more on that in a bit. But come with me as we basically fall in love with the two of them and how easy they make it look to be a couple, work in Hollywood, and just be low-key as hell about the whole thing.

Jeff’s a writer and director.

Per IMDb, Jeff was born in 1977 in Miami, FL (Aubrey was born in 1984, and their birthdays are ~three days~ apart!!). The movie you’d prob recognize of his is I Heart Huckabees, which he co-wrote, and Life After Beth, the zombie comedy starring none other than Aubrey.

In case you’re wondering, Jeff’s private on Instagram (more on why that might be in a sec) but the two also collabed on The Little Hours, Joshy, and Spin Me Round. When asked, Jeff is super-sweet about her, saying, “She’s awesome. I’d be working with her if she wasn’t my wife, but luckily she’s my wife.” He added, “The opportunity to do something creative [together] where we’re both fulfilled—how rare is that?” UGH, it’s so cute.

They’re pretty quiet about their lives—but not totally.

According to People, the couple was first spotted together in 2011. In case you wanna deep dive on their chemistry, may I suggest this two-minute clip in which they compare movies they love and adorably out-deadpan each other:

They both work in show biz, and Aubrey told People it “can always be challenging” but that since they both do their own thing, it’s nice and balanced. “I think that one of the great things about our careers is that we are forced to be independent, take little breaks, go off and do our things and come back.” Cosmo asked Aubrey whether on-set competition is good for partners, and she had a rlly cute answer:

He totally knows how awesome she is.

Aubrey came out as bisexual in 2016 and played a romantic foil for Kristen Stewart in 2020’s Christmas rom-com Happiest Season (like, go watch that film if you have no idea what I’m talking about, but she was the underrated fan fave of the movie). Fun fact and kind of spoilers: Spin Me Round also has a queer romance! And that was intentional, according to Jeff:

Aubrey casually announced she was married in 2021.

The couple gave a few, super-sweet details about the actual day—Aubrey has joked that they “got bored one night” during quarantine and used Onehourmarriage.com to get it done (lol), but the idea began because they wanted to commemorate their decade of romance (awww).

Apparently, they had a “witchy” ceremony, where Aubrey went across the street to visit her “real-life witch” neighbor for a blessing. “She went in her house, rummaged around. [Then] came out with a rosemary wreath that she gave me. She literally cackled…I created a very quick love altar in our yard. Facts of our love, little stones, smoke, fire. Things of that nature.” She wore the crown and they both wore tie-dye PJs that Jeff had made during quarantine. Incredible.

Fans discovered the news after Aubrey just casually dropped the word “husband” in a post about working with Jeff on Spin Me Round:

And now Jeff’s IMDb reads “He has been married to Aubrey Plaza since May 7, 2021,” which I enjoy.

The bisexual community, particularly on Twitter, were…incredibly sad, to say the least. Seriously! In her inty with Cosmo, Aubrey admitted Jeff had gotten death threats on his social media. But fans quickly came to her defense that, like, she can still be bi and married to a man: